Shamrock Rovers were 11 points clear of Dundalk at one time, so it shows what type of run the Lilywhites have been on that this is a must not lose game for the Hoops.

Victory for Dundalk would open up an eight-point gap at the top, while a win for the home side would ignite the title race. It's going to be a fascinating night.

Shamrock Rovers: Aaron McEneff is still out but Joey O'Brien will return. Gary O'Neill and Neil Farrugia can't play until next week.

Dundalk: The Lilywhites will be without the suspended duo of Dean Jarvis and Daniel Cleary after they have accumulated five yellow cards to serve a one match ban. New signing Andy Boyle isn't eligible until next week.

Stephen Bradley (Shamrock Rovers):  "We've got ourselves in a great position. We’re up fighting for the league and when you’re doing that the second part of the season always bring big games and Friday is no different.

"It’s the most points tally we’ve had in a long time and we’re fighting for a league so every game is going to be important now and we need to go and drive it home.

"It’ll be a tough game against Dundalk but we’re playing well and we’re really looking forward to it. When you get yourself up in the position we have, vying for a league, these are the sort of games you want and where you want to be as a club. That’s what we have now until the end of the season."

John Gill (Dundalk): "Training has gone very well. We had a great few days away in Spain, we had a great camp and we were able to work on a few things.

"We will go there full of confidence. There's no trophies handed out tomorrow but we are in good form and we want to keep that going. " 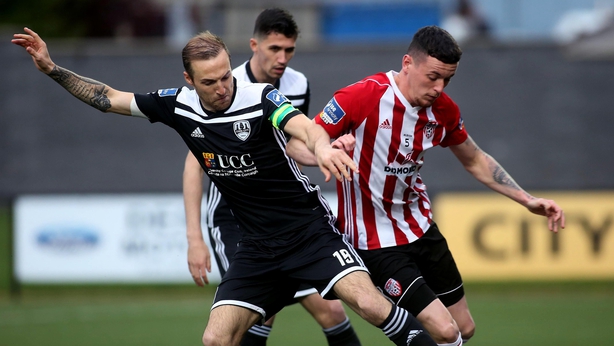 Derry make the long trip south knowing they are in a great position to try to qualify for Europe through the league in the second part of the season.

John Cotter remains in charge of Cork who are desperate for a lift ahead after two draws on the road prior to the break.

Cork City: The Rebels hope to have Karl Sheppard and Conor McCormack available for selection, as they both are to be assessed before kick-off. Kevin O'Connor is available after confirming that the midfielder has extended his loan spell at the club until the end of the season. Shane Griffin, Pierce Phillips, Darragh Rainsford are injured.

Derry City:  Darren Cole is still struggling while Michael McCrudden and Patrick McClean are still "some way off".

John Cotter (Cork City): "It would be great to get another win in Turner's Cross in front of the supporters to kick start the second half of the season. We're under no illusions, it won’t be handed to us either.

"Derry are having a great season themselves. They got a bit of momentum at the start, and they’ve carried it on. We’re under no illusions that we have to be at our best to go out and earn the three points."

Declan Devine (Derry City): "I've said numerous times that Cork is probably the most difficult ground in the country to win at despite their start to the season, and this will be a really tough game for us.

"Taking in a total 900-mile round trip over the next few days doesn't help either but we knew what we were coming back to, so we have to get on with it." 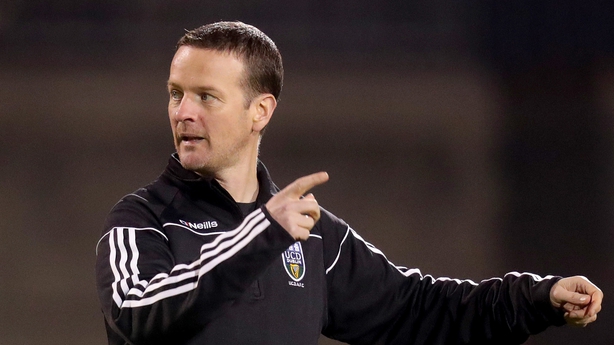 The Students have a battle on their hands with multiple players set to leave in this window. Gary O'Neill and Neil Farrugia departed for Shamrock Rovers on Wednesday and more are set to follow. While Collie O'Neill will look to some new recruits next month, the focus has to be on to keep pace with Finn Harps in the battle to avoid the automatic drop.

Pat's stuttered to a win over Harps last time out and despite some iffy performances this year, a European spot is still on the cards if they find their groove.

St Patrick's Athletic: Harry Kenny has a strong squad to choose from as Jamie Lennon has returned from Republic of Ireland Under-21 international duty. Dave Webster is the only injury concern and the defender will face a late fitness test on an ankle injury picked up in training.

Collie O'Neill (UCD): "The break was a good and positive thing with a number of our players, and players from across the league called up for the Under-21s matches.

"However, now that the break is over its time for us to settle down for the business end of the season. I'm sure we'll still be a little short on match sharpness on Friday night, but for once we can't complain of fatigue."

Harry Kenny (St Patrick's Athletic):"UCD like to play out from the back and play it through the midfield, and I'm sure Collie O'Neill will stick to his guns on that front. They have changed their system a little bit recently, but they still have the same philosophy of playing football from the back.

"It was a much needed break and everyone was delighted to get it and is now well rested. I'm hoping that there will be a nice brightness about the lads." 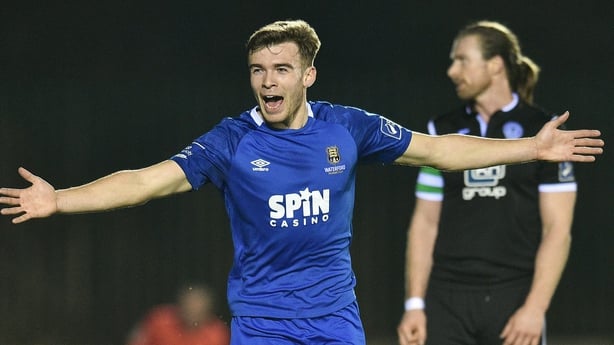 Waterford are very low on strikers after Aaron Drinan's loan move concluded and Izzy Akinade returned to Nigeria during the week.

Bohs enjoyed yet another derby win over Shamrock Rovers prior to the break which cemented that third spot in the league. The target for the rest of the year is hang on to it.

Waterford: Zack Elbouzedi misses out as he recovers from injury picked up on international duty. Kevin Lynch had returned to training but another setback has ruled him out. Kenny Browne is a doubt while Georgie Poynton has a one-match suspension after an accumulation of yellow cards.

Bohemians: Darragh Leahy is back from Republic of Ireland Under-21 duty at the Toulon Tournament, while Derek Pender and James Finnerty return from suspension. They're missing Aaron Barry, Rob Cornwall, Danny Grant, Kevin Devaney and Dinny Corcoran due to injuries.

Alan Reynolds (Waterford):  "It's great to be back playing again after such a long spell without a competitive game. The players got a break and they’ve been back since last week working hard and preparing, and they’re looking forward to the Bohs game.

"We’ve played Bohs twice this season and they’ve both been scoreless so there hasn’t been much between us so far, but we know they're third in the table and having a good season. The break has allowed us to get some players back from injury so there’s plenty of opportunity for players to nail down a starting spot for the run of games to come." 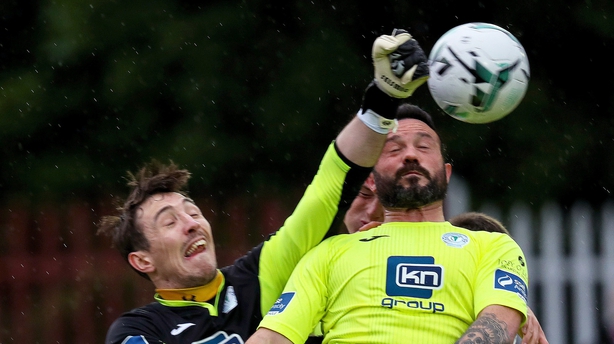 It wasn't the most enjoyable half of the season for Finn Harps fans but light at the end of the tunnel has emerged and they sit level on points with UCD going into this derby match. Ollie Horgan's side produced a brilliant run in last year's First Division from this point of the season and no doubt the target will be the same.

Sligo are somewhat in no man's land. They are 16 points clear of Harps but 11 off Bohemians. This match, coupled with UCD on Monday, are key in their year.

Sligo Rovers: Dante Leverock returns from international duty with Bermuda in the Gold Cup, Johnny Dunleavy and Niall Morahan are fit after injury and John Mahon returns from suspension.

Regan Donelon (hamstring) is out and Daryl Fordyce (Achilles) is doubt and will undergo a late test prior to the game.

Ollie Horgan (Finn Harps): "Sligo have had a very good run of results over the last two months. We have a big challenge ahead of us tomorrow night but we're ready to cut take a cut off it and see where that takes us.

"We need to start picking up points because are now just 14 games left. UCD are ahead on goal difference but have three games less played so our players know the scale of the challenge that is ahead of them and that starts."

Liam Buckley (Sligo Rovers):  "It's going to be a real battle, and in Finn Park, every team, especially outside the top two, has it tough. From our point of view we have had a good preparation and we want to hit the ground running for the rest of the season.

"I think there is improvement in the group, they’ve worked extremely hard for the first part of the season and I have no doubt they will do that again. We want to kick on and see where it can take us."