Declan Rice has stressed that after his "crazy" season his focus in terms of club football is solely on playing for West Ham.

The 20-year-old midfielder's 2018-19 has seen him start 34 Premier League matches, make his England debut - having switched allegiance from the Republic of Ireland - and earn a place among the nominees for the PFA Young Player of the Year award.

He is currently preparing for the Nations League Finals, with the semi-final against Holland taking place in Guimaraes a week on Thursday.

Rice, who in December signed a new deal with the Hammers running to 2024 with the option of a further year, has been linked with Manchester City and Manchester United.

And when asked about interest from other clubs and how he was dealing with that, Rice said on Tuesday: "Everything's good. I know there's speculation but during the season I signed a new five-year contract with West Ham, so my focus is fully on playing for West Ham.

"I have a great connection with the fans. The fans love me, I love them, and that's the way it is at the moment. I'm not thinking about anything else."

Rice subsequently went on to speak of aspirations of playing in the Champions League.

Asked if the way 22-year-old Holland midfielder Frenkie De Jong, who is moving from Ajax to Barcelona this summer, has performed on big stages was the sort of thing he wanted to do, Rice said: "Definitely.

"I think when you start out in football for sure you always want to play at the top.

"You want to play in the Champions Leagues. I think if you were in football and didn't want to do that, there'd be no point in playing.

"De Jong has got his move to Barcelona and it's fully deserved - he's a top, top player, I think you've seen that in the Champions League - and it will be great to come up against him in the Nations League." 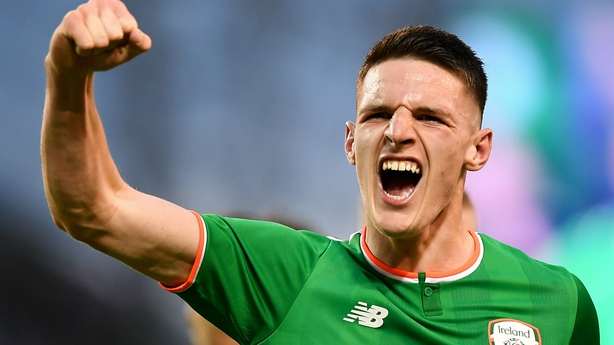 Rice started West Ham's first game of the season but was substituted by boss Manuel Pellegrini at half-time in a 4-0 loss.

He did not play in the next three league matches, then returned for the 3-1 win at Everton on September 16, and was then out of the starting XI for one game.

Rice said of his season: "It's been crazy. For me to have thought I'd be playing as a regular for West Ham in the Premier League at 19 and 20, (it's) something that you've sometimes got to pinch yourself on. But it's one you have to take in your stride as well and that is what I'm trying to do.

"After the (Liverpool) game I thought I wasn't cut out for the Premier League. I was honestly thinking about going to speak to the manager to maybe go on loan somewhere because that was tough that day.

"But the manager said 'you're going to get another chance, you need to keep working', and that's what I did.

"I got my head down, took on the advice of the senior players and then that opportunity came again, against Everton, and I took it and haven't looked back since."

He was called up to the England squad, having switched allegiance from the Ireland, in March for the Euro 2020 qualifiers against the Czech Republic and Montenegro. 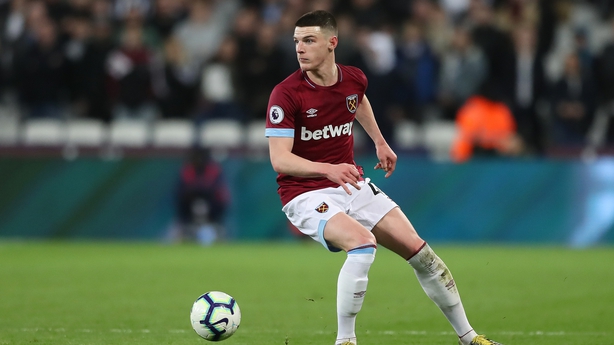 And - after issuing an apology over social media posts appearing to support the IRA from 2015 that had resurfaced - Rice made his England bow in the first game as a substitute, then started against Montenegro.

Regarding the Nations League, he said: "We all believe we can go out and beat Holland and then beat whoever we have in the final.

"We've got ourselves into the semi-final and we have a massive chance now to create history.

"With the players we have, for sure we've got to be looking at winning that Nations League and I think if we do that, that will stand us in good stead for the Euros and World Cups."

Nations League Finals hosts Portugal face Switzerland in the other semi-final the day before England's game, and both the final and third-place play-off then take place on Sunday, 9 June.