"A missed opportunity" was how Bohemians manager Keith Long described his side’s defeat to Dundalk at Dalymount Park on Friday night.

The Gypsies suffered their second defeat in succession as they went down 2-0 to the reigning champions, missing out on a chance to move into second and get to within one place of the league leaders.

As a result, Dundalk have leapfrogged Shamrock Rovers into first place, on goal difference, with Bohemians now four points off the top spot.

A disappointing night at the office for Bohs’ boss, but Long had no complaints about the result, admitting that his side were second best throughout the league clash.

"I thought Dundalk deserved to win, they were better than us all round," said Long, speaking to RTE Sport after the game. "It wasn’t a great game, a bit scrappy."

"I’m disappointed to lose the game and disappointed about how we played in the first half, but I can’t fault the players’ efforts, they were first class." 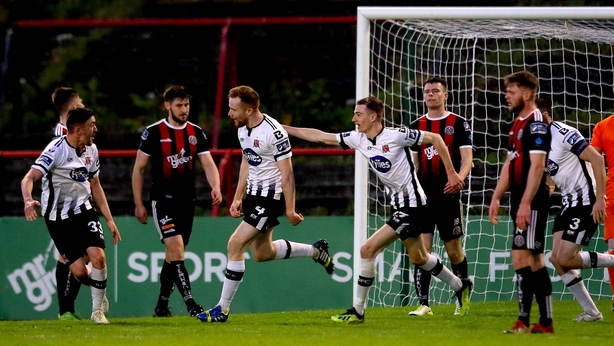 Long felt that his side had a great chance to get back on terms in the first half, however, Danny Mandroiu had two chances but watched his curling free-kick sail just wide, before Gary Rogers made an excellent save just before the break.

"It was probably our best spell of pressure in the first half. We built the phases of play and had an end product with the shot. Danny has quality so you expect the ball to nestle in the net, but the keeper made a good save.

"There was moments in the second half as well, before the penalty, James [Talbot] made a great save from Chris Shields for the penalty, but then we were beaten by a set play."

Long will take the positives from the game and saw the defeat as an excellent education for some of the younger players in the club to see the standard that is required to compete at the top of the table. 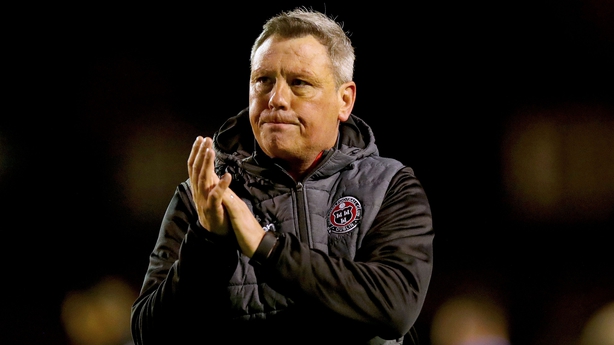 "Some of our young boys have to learn that lesson because that’s what the league is all about, certainly at the upper end of the table.

"And if you want to try to stay there, you have to try to get to the level that Dundalk have achieved over the last five or six seasons."

Two home defeats in a row for the Gypsies who will be hoping to bounce back next week as they face St Patrick’s Athletic in a Dublin derby.

And while Bohemians were carrying injuries throughout the Dundalk game and will have concerns for next week’s encounter, Long does not see anything to really worry about in relation to the two differing defeats.

"We carried some niggles into the game and we have lost our captain [Derek Pender] just after half time, while Keith Buckley is probably playing at 70 per cent in the second half. And Danny Grant has had to come off injured," said Long.

"We were at home in both of those games, [but] we had 70% of the possession last week but we couldn’t create enough chances as Cork got bodies behind the ball.

"Dundalk were deserving winners and that experience and class showed."

We want to try to keep our position in the table

The Dublin club have again performed better than expected throughout the opening half of the season but Long knows that if his side are to remain in the title chase, they need to get to a level of consistency that Dundalk have shown throughout their four recent league-winning campaigns.

"The feeling is that we played 16 games and we have 30 points, we’ve done quite well," said Long.

"Obviously, disappointed in the last two games coming up against the top two from the last five seasons.

"We have to go again. We want to try to keep our position in the table. Tonight [Friday] was a missed opportunity for us, but Dundalk are a really good side and they are starting to click into gear and have been on a good run.

"They have some good players and we need to get to that level if we want to try to achieve and be successful this season."

Dundalk manager John Gill, meanwhile, felt that his side rode their luck at times in a game that could have swung either way.