The bus Norwich were using to celebrate their promotion to the Premier League with a parade around the city broke down, forcing them to find a replacement.

They were due to mark winning the Sky Bet Championship by leading a party through the city on a bus painted in the club's yellow colours and emblazoned with the words "We Are Premier League".

It quickly became unusable, forcing them to instead use a red sightseeing tourist bus, but their pride at their unexpected achievement was not undermined.

Manager Daniel Farke, who was under pressure at the start of the season, fought back tears and said at Monday's parade: "I have no words.

"It's really outstanding what this club and these supporters and this place has achieved during this season. 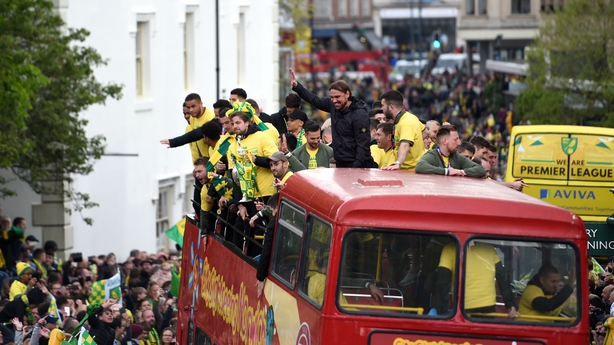 "All words are right. So world class, special, unique, extraordinary. We are all unbelievably proud.

"It's more like when Stuart (Webber, the sporting director) and me signed here for Norwich.

"We said 'Okay, the most important thing is we want to give the pride back', and when you got the picture (on Monday at the parade), you got the feeling it was well done."

We may have had some slight bus issues 😆 #ncfc #CityParade pic.twitter.com/ulwCtSJfv7

Club trainee Todd Cantwell, who became a regular this season, described the occasion as "surreal".

Midfielder Kenny McLean also took to the microphone to declare himself the local mayor.

"I am now the mayor of Norwich," he said to the cheering crowd. "What do you guys want (introduced to the city)? 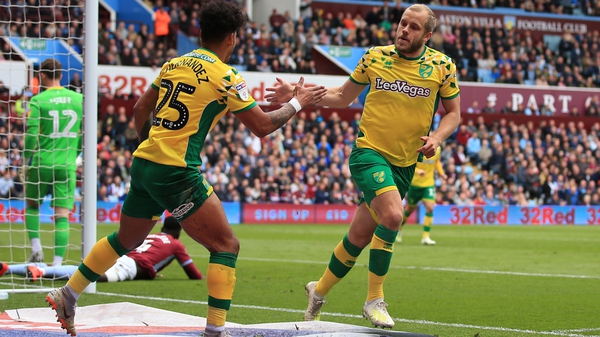 Norwich go up as champions after victory over Villa