City suffered a lot at the home of their neighbours Manchester United prior to their takeover by Shiekh Mansour, failing to register a victory there between 1974 and 2008.

That has changed in recent times and City - who head across town for a crucial derby on Wednesday - have lost just once there in their last seven Premier League visits.

City boss Guardiola said: "I don't make theories about what happened in the past or for what is going to happen in the future. Every game is completely different from the previous one.

"The most important reason why is maybe the fact this club, in the last decade, grew a lot and that is why it is not scary to go there when before it was more difficult.

"The players Manchester City have had in the last 10 seasons have made this game a little bit more equal when before the gap was bigger. Maybe that is the reason but honestly I don't know."

This week's encounter could have huge implications in the title race.

Victory for City would take them back to the top of the table having played the same number of games as title rivals Liverpool. With three matches to go, they would then be clear favourites for the crown. 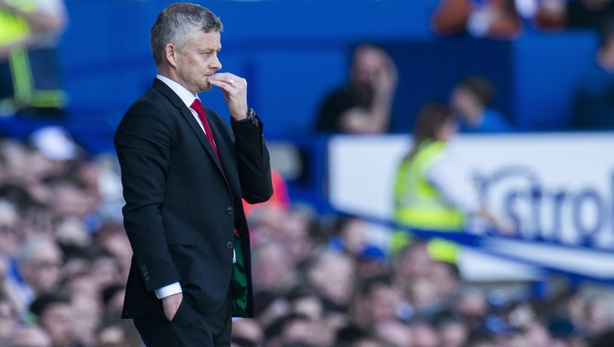 There is plenty at stake for United as well, however. Ole Gunnar Solskjaer's side need points in their battle for a top-four place and they also need to restore pride after their 4-0 humbling at Everton on Sunday.

Form is certainly on City's side, with United having lost six of their last eight in all competitions, but Guardiola says that counts for little.

He said: "(There are) four games left so we have to win all four games to retain the title.

"It is not an easy place to go but at the same time, it is a nice place to go. We know exactly what we have to do. They fight to finish in the top four and fight for the title. We are going to go there to play a good game.

"I expect the best United. They are bright. Football players, they have pride and try to do their best and tomorrow that is going to happen.

"We will prepare for the game as always, what they do with their strong points and weak points and try to win the game."

City will be without playmaker Kevin De Bruyne, who faces a spell out after suffering a hamstring injury against Tottenham at the weekend.