Finn Harps manager Ollie Horgan has criticised the FAI for the challenging fixture list the part-time club has faced this season, but insisted it had little bearing on the 3-0 defeat to Shamrock Rovers.

Goals from Roberto Lopes, Dylan Watts and Aaron Greene meant the contest was over by the interval as Stephen Bradley’s side went top of the table.

For the Donegal club however it was yet another lengthy journey as they go in search of a first league win. Just five games into the new campaign, Harps made their third trip to the capital.

"It's not an excuse for losing the game," he told RTÉ Sport. "We felt from day one when the fixtures came out that the positioning of this game was ridiculous. We gave alternative suggestions to the powers that be.

"Even to give us a week's breather, or even reverse the fixtures. I think they were the common sense solutions to this, but it fell on deaf ears."

Not that he was willing to offer that as the reason for their downfall against the Hoops.

"If we had a month to prepare for Tallaght and they played like they did in the first half, we'd get nothing out of it." 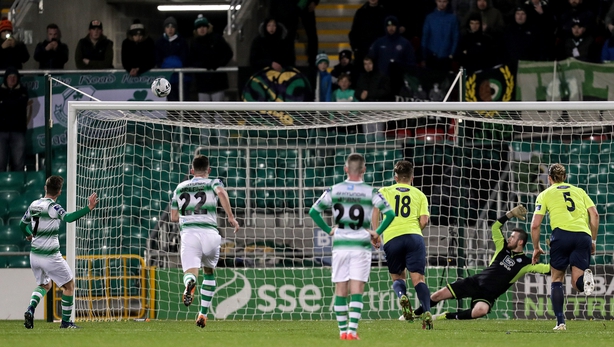 The game was played in front of a crowd of just 1,582, but Horgan praised those that made the arduous journey and believes the victors on this form will be a match for anyone.

With four games in 11 days, his Rovers counterpart Bradley had sympathy for the situation Harps find themselves in.

"It's tough for them. They are part-time players. They have had a lot of travelling, a lot of tough games." 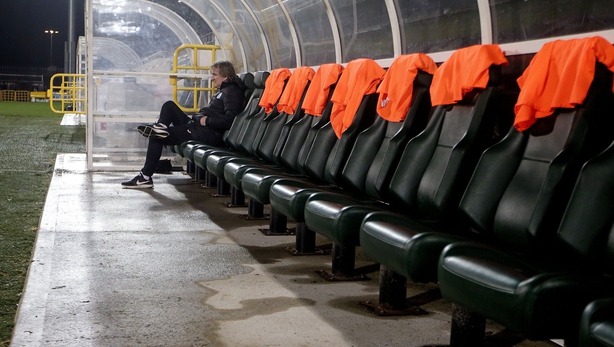 The Rovers boss admitted that he was satisfied by the professionalism shown on the night.

"It was a tough game considering it wasn't a big crowd, there wasn't a big buzz around like we have had the past few weeks, so the players needed to respect it and make sure they were ready for it and I think they did that."

The game afforded Bradley the opportunity to give his squad an opportunity to shine and having conceded just two goals thus far, will be heading into Friday night’s Dublin derby in Inchicore full of confidence.

"The squad is strong. We made a lot of changes again tonight and we were happy with the boys that came in. It's a good start to the season and sets us up nicely for Pat's."

Subscribe to the RTÉ Soccer Podcast on iTunes, listen via Spotify or wherever you get your podcasts. 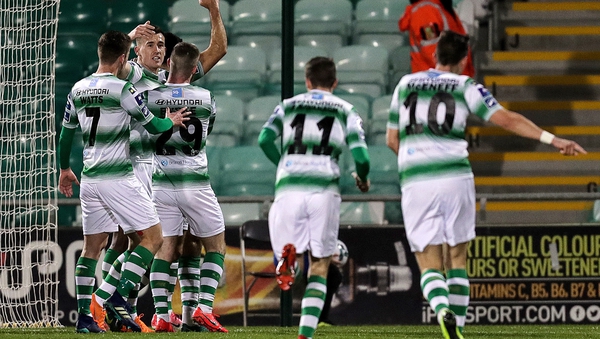