A Manchester City supporter is fighting for his life following an alleged assault during Wednesday's Champions League match at Schalke, German police have confirmed.

The unnamed 32-year-old man is in a critical condition after suffering "massive trauma to his skull and brain" following a violent clash near the away section at the Veltins Arena in Gelsenkirchen.

A statement from Police Gelsenkirchen added there was "an acute danger to life".

The City fan is alleged to have been struck by a blow which caused him to fall to the ground following a violent clash with two Schalke supporters. City club staff have remained in Germany to support the man and his family.

The German police statement read: "Shortly before the end of yesterday's Champion's League fixture in the Veltins Arena, at around 10.50pm (CET), there was a violent confrontation on the walkway in front of away fans' stand S1, between two supporters of Schalke and the English visitors Manchester City.

"In the skirmish, a 32-year-old Englishman received a blow from a fist which knocked him to the floor. In falling, he suffered a massive trauma to his skull and brain.

"After he had received medical first aid on the spot, an emergency vehicle took him for inpatient treatment in a local hospital. He remains in acute danger of his life at the present time."

Police in both Germany and Manchester have appealed for witnesses.

A Greater Manchester Police spokesperson said: "We are aware of an assault that occurred following the Schalke v MCFC fixture at the Veltins Arena in Germany last night.

"A British man is currently in hospital in a critical condition and we are working alongside the football clubs and German authorities to support their investigation and the man's family in any way we can.

"We would urge anyone with information to contact us on 101 or via Live Chat so that we can share intelligence with our colleagues in Germany."

City won the match, the first leg of a last-16 tie, 3-2 after late goals from Leroy Sane and Raheem Sterling. The sides are due to meet again at the Etihad Stadium on March 12.

A statement from City read: "The club are working with Greater Manchester Police and German police to ascertain more information.

"Club staff have remained in Germany to support the family of an injured City fan who is currently in a critical condition in hospital." 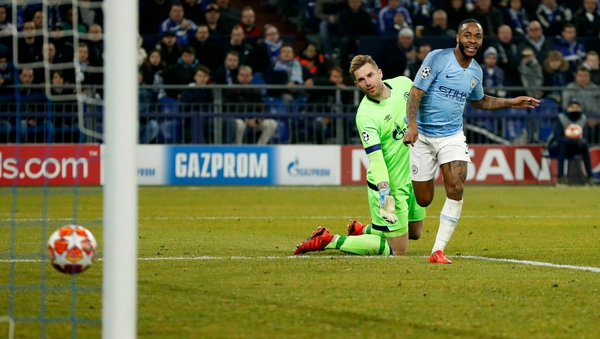 City come from behind to score dramatic win in Germany