The champions begin life without Stephen Kenny and his long-term assistant Vinny Perth now takes charge of the first team.

Ruaidhrí Higgins and John Gill are also part of the management set-up as Dundalk go in search of a fifth title in this decade.

With Michael Duffy extending his tenure at the club for another two years, the Co Louth weren't overly active in the transfer market during the close season. Four new signings, including Sean Murray's capture from Vejle Boldklub, would suggest that Perth is happy enough with the squad he has.

Murray, a former Republic of Ireland Under-21 International, started his career at Watford and also had spells ar Wigan Athletic and Swindon Town.

It will be 112 days since Liam Buckley was appointed at the Showgrounds to taking charge of his first competitive game and Bit O’ Red fans will hope it’s worth the wait for a new-look squad.

Dante Leverock - From Bermuda to the Wild Atlantic Way. @sligorovers new man spoke to @darrenfrehill about his long and winding road to the League of Ireland #RTEsoccer pic.twitter.com/OezL9Nt2s9

Sligo have again looked beyond traditional markets to bolster the squad, so keep an eye on Dante Leverock from Bermuda and Jamaica international Romeo Parkes.

Buckley’s side have plenty of experienced League of Ireland men in the squad and the arrival of John Dunleavy from Cork should certainly strengthen the squad, while Ronan Murray Daryl Fordyce and Ronan Coughlan will also add quality.

Dundalk: The match comes just too early for Jamie McGrath who is almost ready for a return to action. Jordan Flores is in contention to make the squad for what would be his first outing after working his way up to fitness.

Sligo Rovers: Ronan Murray (ankle) and David Cawley (knee) will have late injury tests. Ronan Coughlan joined on Thursday and should be part of the squad.

John Gill (Dundalk): "It has been a long pre-season but a good pre-season. We have got a lot of work done, we have played some good friendlies over the five weeks.

"We are in a good place on and off the pitch going into the new season and we want to carry our form into the games. Every game this year is going to be difficult and Friday is no different. The league is going to be very competitive this year.

"It's going to be a tough league which is good. We have Sligo Rovers first up and they will be coming to Oriel confidently. They have signed some good players and will be ready."

Liam Buckley (Sligo Rovers):  "We’ve had a good pre-season with a lot of work done in terms of fitness and developing the style of play. I think in the number of weeks we’ve spent working on the training pitch and playing matches that progress has been made in instilling that.

"It’s a new season and a new start for all. It’s a challenging game to start with, there is no doubt about that about that, but we’re looking forward to going out there and competing.

"I think we’ve brought good players to the club. When I joined I spoke about signing players here to improve the team, not just to fill a squad for the sake of it. We’ll go there with a belief we can get a positive result and we’re very much looking forward to it." 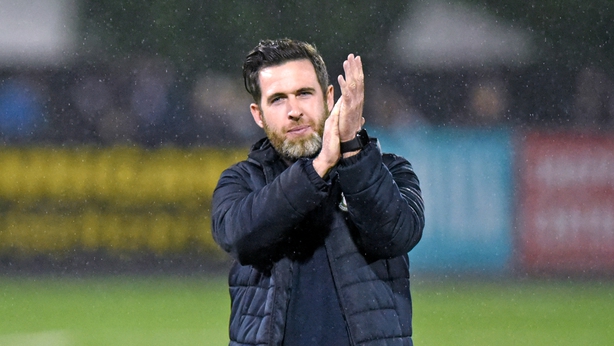 Waterford were terrific last season, securing fourth place and European football on their return to the top flight.

The challenge for Alan Reynolds' men this year will be to emulate those feats without the element of surprise that helped them take some big scalps.

The loan signings of attacking pair Scott Twine and Aaron Drinan from Swindon and Ipswich respectively will help, though neither are available for the opener tonight as they await international clearance.

Damien Delaney arrived last month to add experience at the back, with Shane Duggan and  Zack Elbouzedi, also freshening up the panel.

Shamrock Rovers finished third in 2018 but will hope - and expect - to get closer to the top two. They finished the year well and strengthened over the winter with the additions of Aaron McEneff from Derry City and, perhaps the most exciting signing of them all, Jack Byrne.

We caught up with @ShamrockRovers Sporting Director, Stephen McPhail, at the League of Ireland launch. The former Leeds and Ireland midfielder believes Rovers' consistency and continuity should make a difference this year. pic.twitter.com/O4srIWW4oH

Waterford FC: Waterford FC are awaiting international clearance for Hugo Keto, Aaron Drinan and Scott Twine who joined this week. Izzy Akinade and JJ Lunney are expected to miss the game having missed the end of pre-season through injury, while Bastien Hery is doubtful (calf)

Shamrock Rovers: Sean Boyd has been back in training after bruising his foot in pre-season and is expected to play, Orhan Vojic is awaiting international clearance. Bradley has no other concerns.

Alan Reynolds (Waterford FC): "On the field, we’ve been happy with our pre-season; we’ve played some good First Division sides as well as local side Hibs and we’ve built from game to game, culminating in last Friday’s win over Shelbourne. It’s important in these games to build up fitness and give lads a chance to show what they can do on the pitch and that’s what we’ve done."

Stephen Bradley (Shamrock Rovers): "I think Waterford will be up there again. They've invested in the squad so it's going to be a really tough game like it was last year but it's one we're looking forward to. The first game of the season is always a special night and both teams will be up for it." 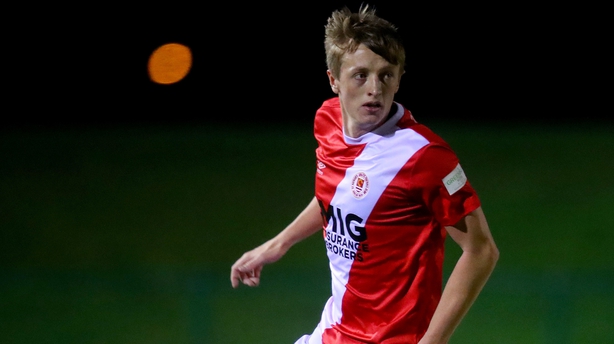 After a couple of seasons where Pat's failed to fire, there is the expectation that under new boss Harry Kenny, things will be better.

Kenny has put together a very attack-minded squad, which will suit his style and footballing philosophy, and they are really enhanced by the return of former Saints favourite Chris Forrester, who left Aberdeen during the off-season.

St Pat’s have one of the most impressive attacking line-ups in the league with Gary Shaw, Mikey Drennan, Brandon Miele and Dean Clarke all vying for starting positions, while an in-form Forrester should also add to the threat throughout.

John Caulfield expects his new-look Cork side to be challenging again this season, despite the fact that nine of last year’s squad have left the club.

And one player who will really add a wealth of quality and experience to Caulfield’s side will be the return of Kevin O’Connor, who is on loan from Preston North End.

St Pat's Athletic: Harry Kenny has a full squad to select from with the manager emphasizing that he is happy that competition for places in his squad is high heading into the new season.

Cork City: Shane Daly-Bütz is ruled out, while Gearóid Morrissey and Karl Sheppard are both doubts ahead of the trip to Dublin.

Harry Kenny (St Pat's Athletic) "Friday is a big game for us, regardless of it being the opening night as Cork are a very good team.  All the pre-season and hard work that the lads have done has been for this game and this date in mind. The players have been really pushing this week to get into the starting eleven and we need that for the whole season as we are relying on every single one of them."

"The opening night is always a good occasion and with it being a few players' first time playing in Richmond in Pat’s colours, we want to try and pick up a result to make a positive start to the season."

John Caulfield: (Cork City): "As opening games go, it is a really difficult game. Harry Kenny has come in as manager and, as everyone can see, Pat’s have invested, bringing in the likes of Mikey Drennan, Gary Shaw, Chris Forrester, David Webster, Brandon Miele and Rhys McCabe. 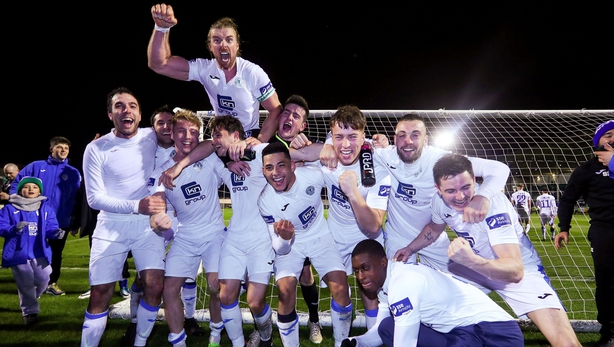 Finn Harps begin life in the top flight with a tough trip to Dalymount Park.

Ollie Horgan's men came through a First Division play-off with Drogheda United before seeing off Limerick to earn promotion.

Bohemians welcome newly-promoted Finn Harps to Dalymount tomorrow with skipper Derek Pender telling his new team-mates to embrace the season's opening night but warning them to be prepared for a tough battle.

They haven't beaten Bohs at Dalymount in 20 years so would view any positive result in the capital as a great start.

Finn Harps: The Donegal side will be without Mark Timlin who has a knee injury while Keith Cowan is unavailable due to work commitments. Horgan also has a doubt over new signing Harry Ascroft.

Derek Pender (Bohemians): "We’ve done well against Harps at home when they were in the division before before but we all know that they have got results against us in the past too – most notably in the cup in Ballybofey two years ago – so we expect a really tough opening game.

"People might think they’re a team we should be beating but football doesn’t always work that way. We have a lot of new and young players and it will take time for them to adapt to the physical side of the game in our league.

"We don’t know how long it will take them to adapt. It took us a while to find our rhythm last year but we are determined to get off to a good start this year and hopefully we can click a bit earlier this season.

Ollie Horgan (Finn Harps): "As I’ve said before it’s good now to be at that this stage with pre-season at an end and we’re looking forward to getting out on the pitch for the first competitive game of the season.

"But, it’s going to be a huge step up for us and it’s time to forget about the long unbeaten run we had in the second half of last season. From Friday night on it’s going to be to one hell of a battle for us to get points."