Mauricio Pochettino says to try and find a replacement for Harry Kane in the transfer market would be a mistake and believes Tottenham have to find a "new star" from their academy.

Spurs look set to be without their talismanic striker Kane for up to two months following an ankle injury and Pochettino has suggested they are not going to target the January transfer window for reinforcements.

There are some exciting striking prospects coming through the club's academy, with the likes of Kazaiah Sterling and Republic of Ireland Under-19 international Troy Parrott highly rated, and the Argentinian says Spurs are more likely to find their next big name striker there.

Parrott is still only 16 but his star is rising at a rate of knots in London. The former Belvedere Boys talent signed his first contract with the Premier League giants last July and has progressed impressively.

He has routinely shone in the UEFA Youth League, scoring against Inter Milan and Barcelona, and he travelled with the first team for the Premier League clash with Leicester City in December.

Now, he could find himself fast-tracked onto the main stage with Spurs' squad stretched and Pochettino willing to give youth its fling.

"I think we have players that can cope with that place when it's not Harry Kane available and of course if we want to find a player similar to Harry Kane, I think we are going to make a mistake.

"Because to find another Harry Kane is impossible because we are talking about the three, four, five best strikers in the world.

"We have the possibility to create our new star through the academy. 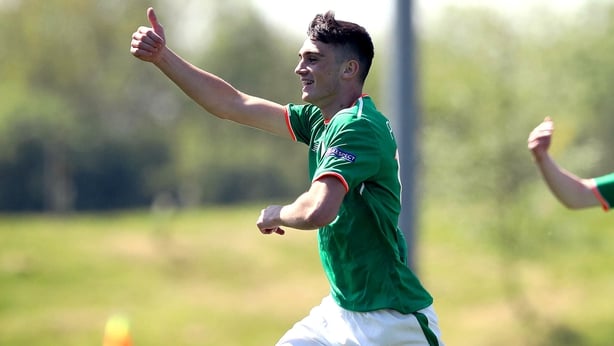 "You know different names, I don't want to say as that might not help, but of course that is our objective - to try to create the new star of Tottenham, to find him here in our academy, would be the most exciting thing."

Pochettino has a track record of turning prospects into world-class players as Kane himself was a young striker still making his way when he arrived at the club four and a half years ago, while he has helped nurture Dele Alli into one of the best young players in Europe.
And he wants to continue looking to the future.

"We look back four and a half years ago, we did not find here Harry Kane or Dele Alli as big stars," he added.

"When we look back, and we compare with another big club in Europe, the two most important players in the squad were building here in Tottenham.

"How many clubs did the same as us in the last four or five years? That is massive. It is a massive thing to be satisfied about, for us and our fans.

"You were able to create two and build two big star players like Dele Alli and Harry Kane. Why not make the effort to add a few players more? And to help the club step up?

"Not all is possible because of the period that we built these two stars, in the same moment we are building the new stadium.

"We need time. It's about time. That is why our wish or our hope is the moment we finish the stadium, we can pay the debt quickly and start to invest with these younger players who can be big stars of the future. That is the dream."

Sterling or Parrott might be involved on the bench against Fulham on Sunday, but Pochettino is not concerned about his options, despite a dearth of attacking players.

Along with Kane, Lucas Moura is set to be in the treatment room with a troublesome knee injury, while Son Heung-min is on international duty with South Korea at the Asian Cup.

The Argentinian hinted that Fernando Llorente will start in attack, but says Alli and Erik Lamela are also options.