Kurt Zouma's first Everton goal and a late strike from Dominic Calvert-Lewin eased some of the scrutiny on manager Marco Silva but Bournemouth's miserable run continued after the 2-0 defeat at Goodison Park.

The on-loan Chelsea defender's 61st-minute header was followed by substitute Calvert-Lewin sidefooting home in the sixth minute of additional time to secure only the Toffees' second Premier League win in nine matches, and their first home clean sheet since November 24.

Bournemouth's misery continued as their slump was extended to nine defeats in their last 12 league matches.

At this week's Annual General Meeting Everton majority shareholder Farhad Moshiri, while backing to Silva, assessed the season as "not good enough".

Victory at least ensured they are three points better off than at the same stage a year ago when they were on their third manager of the campaign in Sam Allardyce. 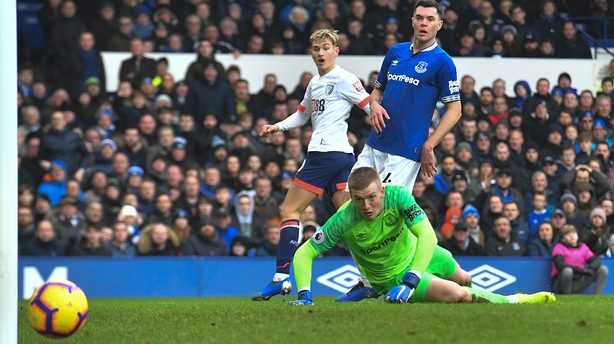 Performances will have to improve, significantly, though to prevent Moshiri wondering just where his £250m investment is going.

Bournemouth, meanwhile, just need to find a way of stopping the rot, although their good start means they are still nine points above the bottom three.

A meeting of two of the Premier League's three most out of form teams - Huddersfield being the other - did not bode particularly well combined with strong winds and intermittent, heavy rain.

Not long into the first half the watching England manager Gareth Southgate must have wondered if the later kick-off at Wembley between Tottenham and Manchester United would have been a much better option.

He was here, presumably, to check on the form of Jordan Pickford primarily, but the England number one's unconvincing handling of Junior Stanislas' low free-kick midway through the first half, plus some nervy moments with the ball at his feet, will not have offered much reassurance.

The player who did catch the eye was Bournemouth's 21-year-old Wales international David Brooks who, after luring Idrissa Gana Gueye into an inadvisable challenge which could have resulted in an early penalty, had the only real chance of the half. 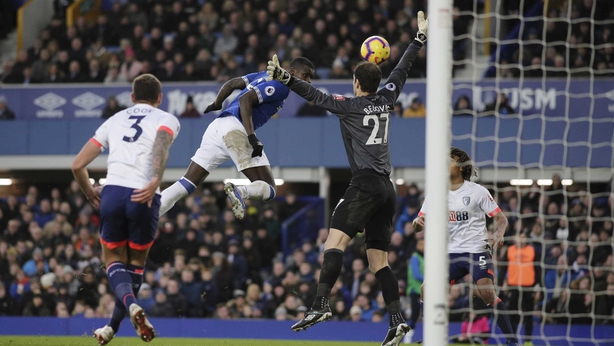 Zouma, who looked as unconvincing as he had done in the FA Cup win over League Two leaders Lincoln the previous week, was muscled off the ball by Josh King and Brooks fired an angled shot past Pickford but against the far post.

The only other player to look lively in the opening 45 minutes was Everton's 21-year-old Ademola Lookman, still eligible to play for England or Nigeria at international level, on only his second league start of the season.

His cross saw Bernard's stooping header fly wide and he would have been clean through had Richarlison not hit his pass straight at defender Nathaniel Clyne, making his league debut on loan from Liverpool, in a two-on-two counter-attack.

Everton could also not capitalise on another low Lookman cross through the six-yard box as no-one was close enough.

The second half livened up with Nathan Ake clearing Richarlison's shot off the line and defender Steve Cook heading on to roof of Everton's net in the early stages. 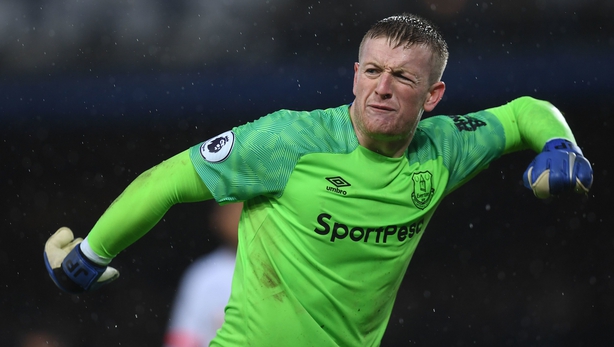 Bournemouth's response saw King drill a fierce shot into the side-netting on the counter but Everton now had the impetus and energy so lacking before with Richarlison's diving header flying wide.

Nevertheless, it was far from a comfortable finish until Calvert-Lewin made sure right at the end, but Silva will hope the victory, combined with a run of six matches of which only one is against the top six, will provide the platform for the progress Moshiri demands.