Ole Gunnar Solskjaer has been confirmed as Manchester United's caretaker manager for the rest of the season.

After firing Jose Mourinho for failing in terms of style and substance on Tuesday morning, the club have acted quickly to bring in their former striker and reserve team coach.

Molde boss Solskjaer has been brought in until the end of the campaign and will be joined by first-team coach Mike Phelan, who will work alongside Michael Carrick and Kieran McKenna.

Solskjaer said: "Manchester United is in my heart and it's brilliant to be coming back in this role. I'm really looking forward to working with the very talented squad we have, the staff and everyone at the club."

He said: "Ole is a club legend with huge experience, both on the pitch and in coaching roles. His history at Manchester United means he lives and breathes the culture here and everyone at the club is delighted to have him and Mike Phelan back."

Molde, whose league season does not begin until March, have confirmed that Solskjaer will return to the club in May, with chief executive officer Oystein Neerland saying they are happy to "lend" their coach to United.

"That Manchester United ask Molde FK to lend the manager is by itself an event, and not least a statement of trust for both Ole Gunnar and Molde FK," Neerland said.

"We are happy to lend Ole Gunnar, we wish both him and the club a success.

"This is a big opportunity for Molde FK, we think it will be developing and helping to put Molde FK further on the football card."

Speaking on the Molde website, Solskjaer backed his Molde first-team coach Erling Moe to hold the fort while he was gone, and thanked his employers for allowing him to take up the opportunity at Old Trafford.

"In football you never know what can happen," he said. "We get proof time after time. This is an opportunity I had to take. I am looking forward to leading Manchester United until the summer.

"At the same time, I will follow closely what is happening here at home."

We can confirm that Ole Gunnar Solskjaer has been appointed as caretaker manager until the end of the 2018/19 season.

He will be joined by Mike Phelan as first-team coach, together with Michael Carrick and Kieran McKenna. #MUFC

Solskjaer's first game in charge will be Saturday's trip to former club Cardiff.

He managed the Bluebirds between January 2014 to September 2014, failing to stop them being relegated from the Premier League.

Solskjaer won just nine of his 30 games in charge, losing 16 and drawing five. 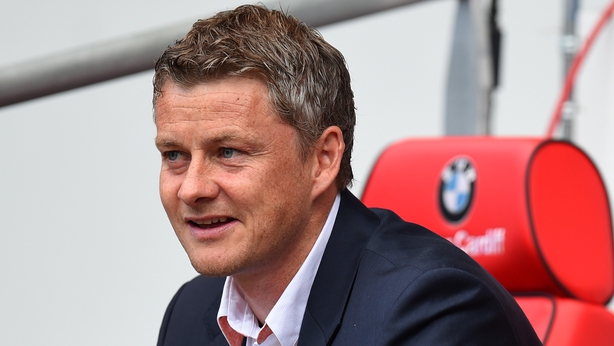 Solskjaer had 11 years at United as a player, memorably scoring in the Champions League final against Bayern Munich to seal the treble in 1999, and spent a period as their reserve coach, working with the likes of Paul Pogba.

The 45-year-old left to join Molde and, after an ill-fated spell at the helm of Cardiff, during which the side won nine of 30 games, returned to the Norwegian club and finished second, qualifying for the second qualifying round of the Europa League.

Mourinho, the self-proclaimed Special One, arrived to much fanfare in the summer of 2016, and became the first manager in the club's history to win a major trophy in his maiden season.

Europa League, EFL Cup and Community Shield successes were followed by runners-up finishes in the Premier League and FA Cup last term, but this campaign things have gone awry from the outset.

United have their worst points return after 17 matches in the Premier League era, with Sunday's chastening 3-1 loss at Liverpool leaving them 19 points behind their bitter rivals.

They also face an eye-watering 11-point gap to the top four, leading the club to dismiss Mourinho at the end of a year that started with handing him a contract extension. 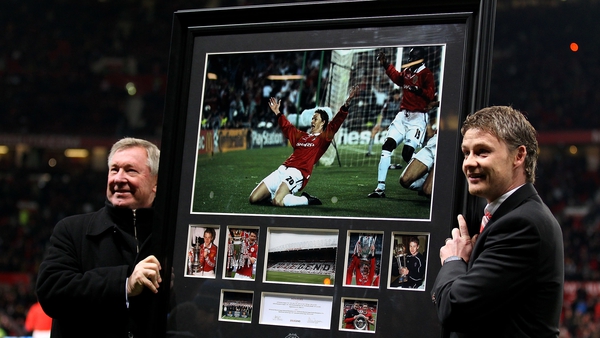