Live commentary from the Aviva Stadium on Game On, on 2fm from 7pm.

A dry, mild and rather blustery start tomorrow. A little rain may develop in the afternoon. Another mild day with highs of 12 to 15 degrees Celsius, dropping to 8 to 10 Celsius by kick-off. Southerly breezes will ease later.

Come 6:45pm on Thursday, all eyes will be on the Republic of Ireland team-sheet, searching for the name of Michael Obafemi.

With Shane Long having joined Jonathan Walters on the injury list, Ireland are even shorter than usual for options up front and the Southampton teenager could be thrown into the fray against Northern Ireland.

Born in Ireland to Nigerian parents, Obafemi moved with his family to England at an early age and is eligible to play his international football for all three countries.

The 18-year-old has already featured for the Ireland Under-19s and has been brought into the senior squad ostensibly to give him a taste of life in the Irish camp.

O’Neill is taking a softly-softly approach with the youngster and while he won’t travel with the squad to Denmark for next Monday’s Nations League clash, he is very much in the running to feature at the Aviva Stadium.

O’Neill has players missing in defence as well as attack with Matt Doherty and Derrick Williams both absent through injury.

Coleman and Brady’s return could see O’Neill opt for a 4-3-3 formation, having experimented slightly with a 3-5-2 line-up in recent games.

With Glenn Whelan certain to start in midfield the Irish boss may be tempted to use the natural width that having Coleman and Brady at full-back would provide and if he’s tempted to use the pace of Obafemi from the start, the youngster will need support.

James McClean is suspended for the trip to Denmark and is assured of a starting spot, while Sean Maguire could also feature in a three-pronged attack. 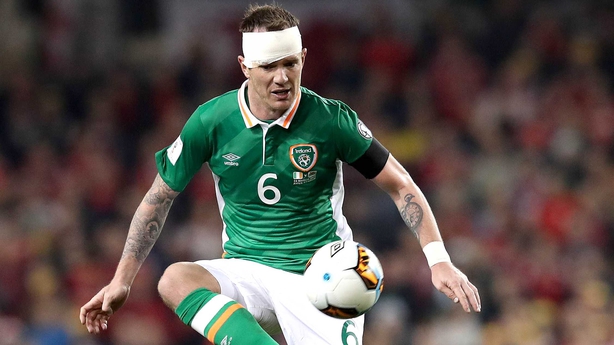 A SEND-OFF FOR A FINE SERVANT

Glenn Whelan will lead Ireland at the Aviva Stadium as he earns his 85th and, barring a catostrophic injury crisis down the line, final international cap for his country.

The Clondakin man made his international debut over a decade ago when he was handed his first cap by Giovanni Trapattoni in a friendly against Serbia at Croke Park and became an near ever-present under the Italian.

Whelan would go on to help Ireland qualify for Euro 2012 and 2016 and featured at both tournaments but has found himself left outside of Martin O’Neill’s squad selections over the last year.

In recent years the Aston Villa man has been a target of frustration for fans and has often unfairly taken the brunt of the blame for a slow and static Irish midfield.

Whelan has never been the kind of player to embark on a mazey run or to score a 30-yard screamer, but he has always been an effective defensive midfielder, shielding his back-four with a positional awareness that is supposed to free up others to go and attack.

The problem arises when the other midfielders don’t live up to their end of the bargain and when there has been so little coming from the centre in terms of attack or creativity, Whelan, a defensive player, has found himself as the fall-guy.

Regardless of the criticism, Whelan is a player who has convinced both Premier League and international managers of his worth time after time, and while he admits that the years are catching up with him, he’s still refused to rule out an international return and will be there if O’Neill ever needs him again.

"Retirement, as in putting it down on paper, I'd never do that," he said. "But I know tomorrow is probably going to be the last time I play for Ireland.

"But I've never picked when to come and play for Ireland and I'll certainly never pick when I'm not going to play. The manager knows that if anything ever happens, I'll be available." 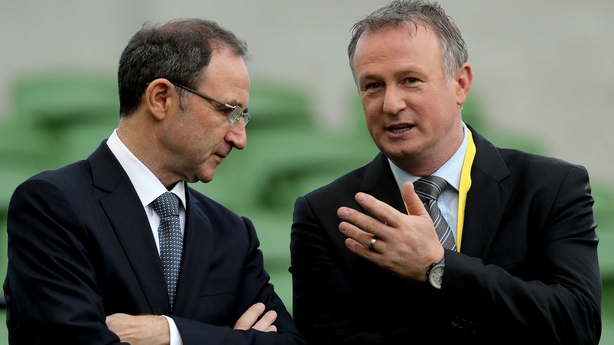 Much like Martin O’Neill’s side, Michael O’Neill’s Northern Ireland side come into this game needing the confidence boost of a win.

Northern Ireland have the better form, but it’s marginal and nothing to boast about – they’ve won two of their last nine games as opposed to the one victory of their hosts.

Michael O’Neill’s men have lost all three of their Nations League games, and like the Republic, a lack of goals has been a big issue as they’ve managed to find the net just once in their games against Bosnia and Herzegovina and Austria.

The Northern Ireland boss admits that he’s struggling to come up with an answer to his side’s goal drought but is encouraged by the fact that they are at least creating chances, if not converting them.

"I'd be more concerned if we weren't creating chances," O'Neill said. "If we look back at Bosnia we hit post three times and then in Austria we had opportunities even at 1-0 down.

"I'm not a big one about talking about luck or rub of the green, but I think in the last two campaigns - we won our group and finished second in the group - yet in these three games we've arguably created as many chances.

"From that perspective I'm not that concerned because all we need to do is find someone to put the ball into the net." 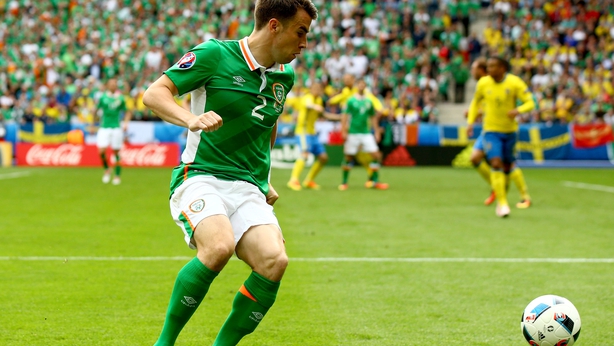 Goals have been a scarce commodity for both sides in recent times and there’s little to suggest that Thursday night’s clash is going to change that.

Northern Ireland will be bolstered by the return of Kyle Lafferty up front and they’ll hope that the Rangers man will be the missing piece to their attacking jigsaw, but an Irish defence that looks set to include the returning Robbie Brady and Seamus Coleman should have enough to keep him quiet.

Martin O’Neill’s lack of options in attack is laid bare by the inclusion of Obafemi in the squad, while the fact that the Republic of Ireland’s six attackers named in the squad have just one international goal between them - Aiden O’Brien’s strike in October’s 1-1 draw with Poland - speaks volumes as to O’Neill’s biggest problem.

The Republic of Ireland ran out 5-0 winners the last time the two sides met as Robbie Keane plundered a brace along with an own goal and Simon Cox and Stephen Ward both getting on the scoresheet.

A repeat of that scoreline looks to be a near impossibility and if there is to be a winner it will probably come from a 1-0 result either way, but with both sides struggling so badly in front of goal, a scoreless draw looks to be far more likely.

Follow Republic of Ireland v Northern Ireland with our live blog on RTE.ie and the RTÉ News Now App and listen to live commentary on 2fm's Game On from 7pm