The teams played out a 1-1 draw last Sunday, also live on RTÉ, as a late Kieran Sadlier penalty rescued a second chance for City after Dinny Corcoran's opener.

The decision to award Cork the spot-kick has been heatedly debated in the aftermath of the game.

Soccer Republic will begin at 7pm on RTÉ2 and RTÉ Player, before turning over to live coverage of the game from 7.25pm. Kick-off is 7.30pm.

There will also be radio commentary on RTÉ Radio 1 Extra and a live blog on RTÉ.ie and the RTÉ News Now app. 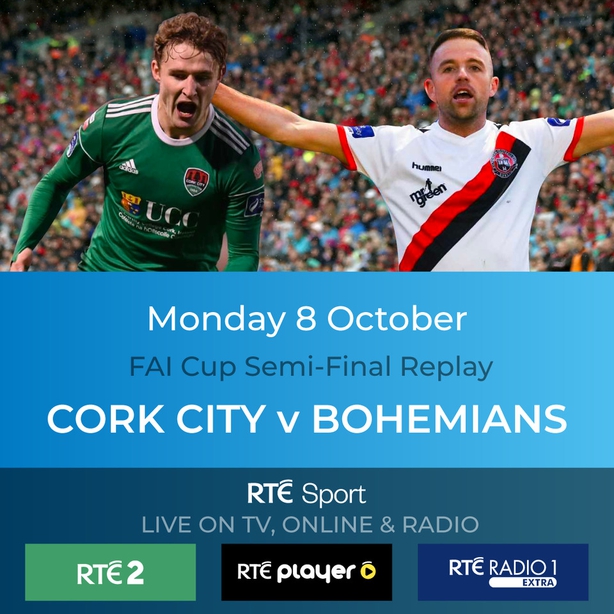