Séamus Coleman was delighted to skipper Everton to victory as Marco Silva started life at Goodison Park as they mean to go on.

The recently-appointed manager enjoyed his first win in the hotseat on Saturday as the Toffees made Southampton pay for their cumbersome start.

Theo Walcott opened the scoring against his former club before summer signing Richarlison netted his third in two games for the club, giving Everton enough to come through 2-1 winners despite Saints threatening a comeback after Danny Ings' first goal for the club.

Coleman's pride at captaining Everton in the absence of suspended defender Phil Jagielka was clear and the full-back hopes this is just the start for the side.

"I have my own standards, with or without the armband, but it is a big honour to captain this club at any level and I am very proud to do it in the Premier League," Coleman said.

"We wanted to start at home as we mean to go on.

"The fans were looking forward to the new regime, a new manager and new players, and we needed to put on a show, which I thought we did. 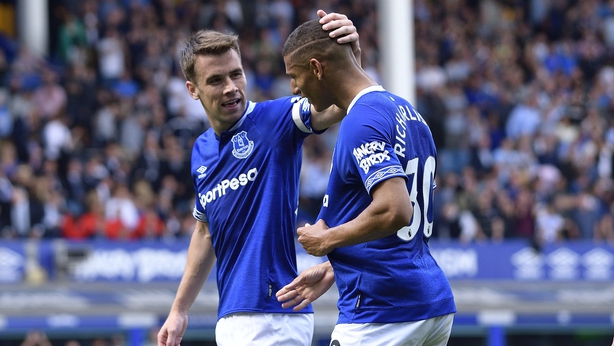 "And more importantly, we got the three points.

"The attacking players linked up brilliantly at times. They were great and very lively in front of goal.

"We are really enjoying having Richarlison in the team for the attacking quality he provides but also for his work ethic.

"But it was not just him. I thought Theo was great, Cenk (Tosun) held the ball up brilliantly and Gylfi (Sigurdsson) always puts in a great shift. They all did really well."

The only real negative was the hamstring injury that forced Morgan Schneiderlin off, shortly after providing the assist for fellow former Southampton player Walcott.

"Great to be back at Goodison and get the three points today," the Everton midfielder wrote on Twitter.

"Disappointed to have to come off with a hamstring issue though.

"Hopefully it isn't too bad, we'll know more in the next few days."

Schneiderlin's availability is unclear for Everton's trip to Bournemouth next weekend, when Saints will be looking to win their first match of the season against Claude Puel's Leicester. 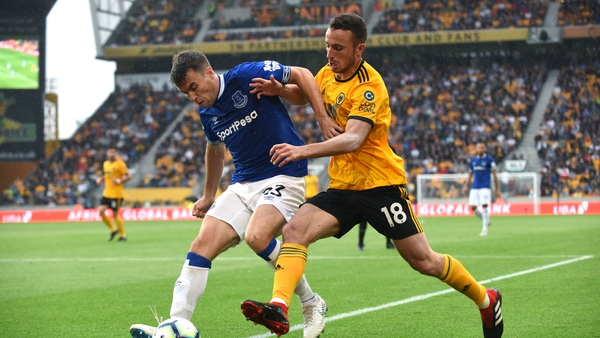