No club has retained the Premier League title since 2009 but, in that past decade, rarely have any begun a campaign looking as strong as current champions Manchester City.

If ever a team looked capable of ending that wait for a back-to-back winner, it is the outstanding Pep Guardiola-inspired side that powered to glory last term.

City were in a class of their own as they claimed the title with a record 100 points, scoring 106 goals and winning 32 matches in the process. They finished 19 points clear of the field and immediately made clear their determination to stay that far ahead by spending €67million on Riyad Mahrez.

With the ever-hungry Guardiola not standing for complacency - and a squad packed with youth and talent - the rest of the competition face a formidable challenge to derail the side from the Etihad Stadium.

Of those rivals, Liverpool perhaps look the best placed to halt City's march. Jurgen Klopp has built an exciting and powerful side of his own that proved their ability by beating City en route to last season's Champions League final.

Their problem has been a lack of consistency. As eye-catching as the Reds were last spring, their strength beyond a core group was questionable and their cause was undermined by dropped points against teams heading for relegation in Stoke and West Brom. 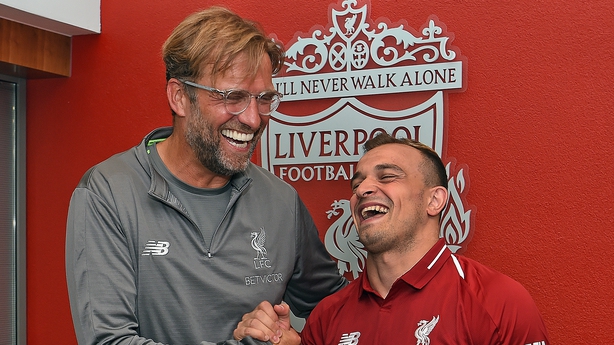 Klopp has taken steps to address this in a busy summer of transfer activity. Naby Keita, Xherdan Shaqiri and Fabinho should add quality but, without a title since 1990, recent history is not on their side.

The London challenge comes with some new faces after managerial changes at Chelsea and Arsenal. For Chelsea, this is nothing new. Maurizio Sarri is the 12th manager appointed at Stamford Bridge since Roman Abramovich bought the club in 2003.

The Italian has earned widespread plaudits for the football he has overseen at Napoli, with Guardiola among the fans, and he inherits a strong squad that has won two of the past three titles.

For Arsenal it is a step into the relative unknown following the departure of Arsene Wenger after 22 years. Things may have gone stale in the latter part of the Frenchman's reign but it remains to be seen if Unai Emery is the right man to freshen them up.

He has managed under pressure at Sevilla and Paris St Germain but launching a whole new era will be a sizeable task.

Manchester United finished second last season, marking a considerable improvement on their sixth the previous year, and Jose Mourinho will have firm ideas on how they can make the next step and dethrone neighbours City.

But their frustrating transfer window undermines their hopes and it doesn't look like a wholly happy camp right now.

Similarly Tottenham haven barely added to the ranks but they have kept a hold of all of their prized assets and will hope their exciting side come of age after four years of threatening to claim a breakthrough trophy.

Of the rest, Everton and West Ham will expect improvement under new managers Marco Silva and Mauricio Pellegrini respectively,.

The Toffees had a strong transfer window, adding Yerry Mina, Bernard and Andres Gomes just before it slammed shut.

They spent big last year and then had an absolutely dreadful start that cost Ronald Koeman. Silva is a good operator though; a top-six push should not be beyond them.

Of the promoted sides, Wolves, with some quality players, look the most likely to make a mark in the top flight. 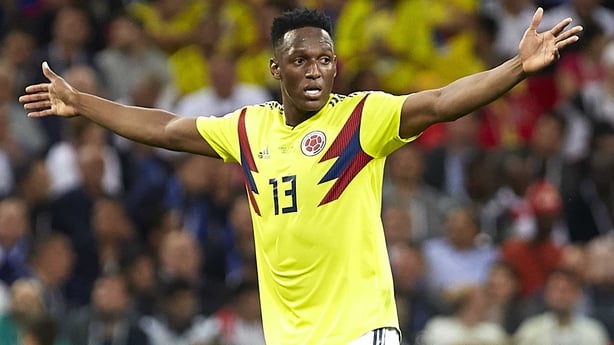 The towering Mina caught the eye during the World Cup, when he scored against England in the last 16. The 23-year-old, who struggled for first-team opportunities at the Nou Camp, had also been linked with Manchester United and this is a real coup for Everton.

At 6'5" he's great in the air in both boxes, and his physical presence will certainly help him in the Premier League. Everton were lacking an athletic, commanding player at the heart of their defence lats season. He looks like the answer. 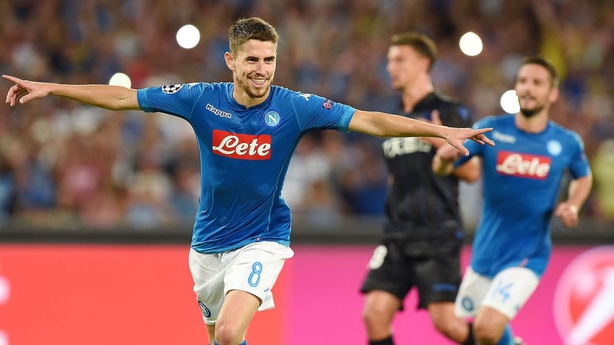 Chelsea turned to Napoli for both their new manager - Maurizio Sarri - and their star summer signing - Jorginho. The latter was strongly linked with champions Manchester City but he will feature in the Premier League wearing a darker shade of blue.

The Italy international is already well versed in Sarri's system and will be key to implementing his tactics in London. With N'Golo Kante also in the engine room, Chelsea will hope they can once more build a midfield capable of winning a title. 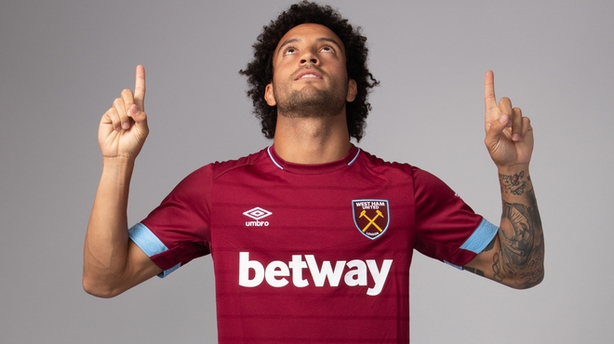 West Ham have been one of the busiest clubs in this summer's window after appointing former Premier League title winner Manuel Pellegrini to their managerial post.

Jack Wilshere's move from Arsenal is intriguing and Ukraine international Andriy Yarmolenko has the potential to light up the division, but Brazilian Anderson is their new club-record signing from Lazio.

The Hammers have pulled off major coups in signing South Americans previously - see Carlos Tevez and Javier Mascherano - and it will be fascinating to see how Anderson gets on in the capital. 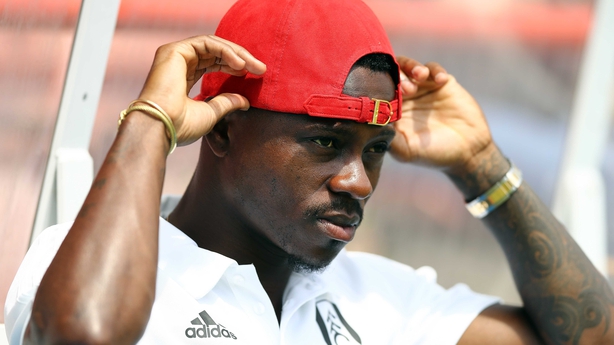 Having been linked with Manchester United, Manchester City and Chelsea, it was somewhat of a surprise to see play-off winners Fulham land 26-year-old Ivory Coast international Seri from Nice.

The Cottagers announced the signing with a graphic which read 'Serious' and, given those rumoured to be interested, the midfielder's acquisition must be seen as a statement of intent. 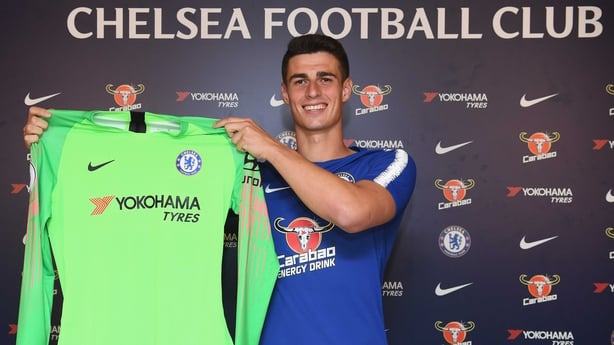 The €80m man. Alisson's €75m arrival at Liverpool broke the world record fee for a goalkeeper, but Chelsea duly smashed it again when they brought in the 23-year-old Spaniard to replace the Real Madrid-bound Thibaut Courtois.

He's only been capped once for his country but Kepa comes from Athletic Bilbao with a lofty reputation. 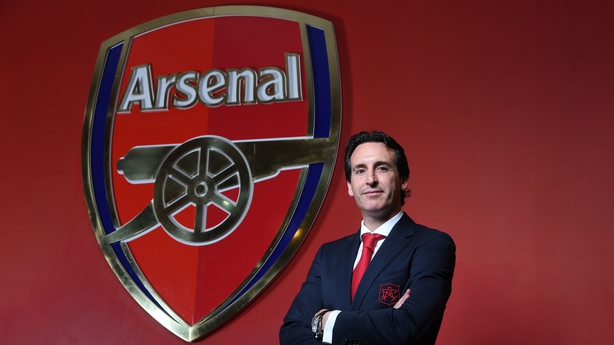 Is there life after Arsene?

Arsene Wenger's 22-year reign at Arsenal drew to a close at the end of last season amid a blend of gratitude for his efforts and frustration at the club's failure to mount meaningful challenges in the Premier League and Champions League in recent campaigns.

Successor Unai Emery has wasted little time in bolstering his squad, with the additions of Bernd Leno, Sokratis Papastathopoulos, Stephan Lichtsteiner, Lucas Torreira and Matteo Guendouzi, but his new-look team will need time to settle as he attempts to revitalise the club.

There is little doubting the quality at the Argentinian's disposal, but Spurs need to start winning trophies if they are to be regarded as a genuine force both at home and in Europe and this summer's exposure to what it takes to make it at the highest international level can only help the club.

The 25-year-old powerhouse has struggled to reproduce his form for France on a sustained basis for United, but, having returned from Russia with a World Cup winner's medal and underlined his ability once again, he will hope to bring that form back with him.

Newcastle, Brighton and Huddersfield will all spend a second season in the top flight after surviving the first with relative comfort, the Magpies finishing in 10th place, 11 points clear of the drop zone.

It was only the third occasion on which all three promoted clubs have achieved the feat, and Wolves, Cardiff and Fulham face a major challenge to match them as last season's strugglers attempt to avoid a similar fate this time around.

THE NEW SEASON IN NUMBERS 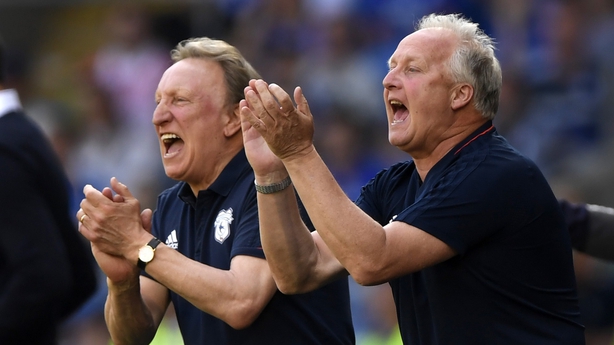 100 - points for last season's champions Manchester City, one of a host of records they broke.

8/11 - City are odds-on favourites with the bookmakers to win the title again, with Liverpool (9/2) and Manchester United (6/1) viewed as the main challengers.

10 - years since a team last retained the title, a note of caution for Pep Guardiola and his side. Only Manchester United and Chelsea have ever achieved the feat.

6 - winners of the Premier League since its rebranding.

30 - the goal landmark reached by Liverpool's Mohamed Salah (32) and Tottenham's Harry Kane (30) last season. There have now been a dozen 30-goal Premier League seasons by 10 different players - only Alan Shearer has achieved it more than once.

6 - half a dozen clubs have been ever-present in the Premier League since its inception in 1992 - Arsenal, Chelsea, Everton, Liverpool, Manchester United and Tottenham.

30 - points collected by Cardiff in their only previous Premier League season. No team averages fewer points per season, though Swindon's matching record came in a 42-game season.

4 - Premier League seasons for fellow newcomers Wolves, with two relegations and an average of 34 points.

7 - play-off winners Fulham's best Premier League finish, in 2008-09. It earned them a place in the inaugural Europa League and Roy Hodgson took them all the way to the final.

6 - Kane shares Steven Gerrard's record for the most Premier League player of the month awards. Gerrard's six were spread over 13 years; Kane's have come since January 2015.