Drogheda United have been given the go-ahead for a new stadium that could eventually cater for 10,000 supporters.

The FAI has laid out details of the project which is to be built in conjunction with Louth County Council’s plans for a Municipal Playing Pitches at North Drogheda.

The new stadium will be an initial 3,000 seater complex with scope of increasing up to 10,000 has been agreed with the Local Authority.

The facility includes space for several full-size pitches and smaller artificial pitches, which will be accessible to the local community.

Drogheda United will become the main tenants of this new stadium and their underage teams, catering for their U19, U17, U15 & U13 players, will use the surrounding pitches for games in the SSE Airtricity League.

Club chairman Fiachra Kierans said it is a significant sign of progress for the club.

"This is fantastic news for Drogheda United Football Club, the people of Drogheda, and the future of football in County Louth.

"To have a modern stadium in Drogheda that initially starts out with a capacity of 3,000 with scope to rise up to 10,000 seats is great news for Irish football"

"The future of Drogheda United is very bright and we are excited to work with the FAI and Louth County Council to turn this new stadium into something that our supporters and the people of Drogheda can be proud of. It is a major investment for the Drogheda area."

"This stadium project is a huge step forward in further developing football in Drogheda and credit should go to Louth County Council, and their Chief Executive Joan Martin, who have been extremely supportive from the very beginning," FAI CEO John Delaney said.

"To have a modern stadium in Drogheda that initially starts out with a capacity of 3,000 with scope to rise up to 10,000 seats is great news for Irish football. It means that Drogheda United will have a new home to be proud of and that the FAI will have another venue to stage underage international matches. 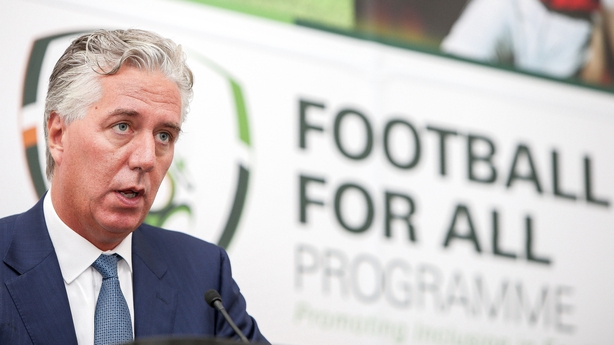 "Drogheda United have had a great history in Irish football and it’s time for them to make new memories in a stadium that is fit for purpose to cater for their loyal supporters, to attract new fans, and to serve the local community.

Joan Martin, Louth County Council CE, said: "The Council is delighted that this new stadium project has been given the green light by the FAI, after a lot of hard work to transform an initial idea of Municipal Playing Pitches into something that can be realistically built.

"We have a lot of work ahead of us to get the Municipal Playing Pitches and the  Stadium, open to the public but it is an exciting time and we look forward to continuing this journey."

Councillor Liam Reilly, Cathaoirleach of Louth County Council, expressed his delight that the Council’s long-term ambition to develop Municipal Playing pitches in North Drogheda has now moved a step closer with this joint venture with the FAI.

"I’m looking forward to the development proceeding as quickly as possible to provide much needed community playing facilities for the people of Drogheda and surrounding areas." 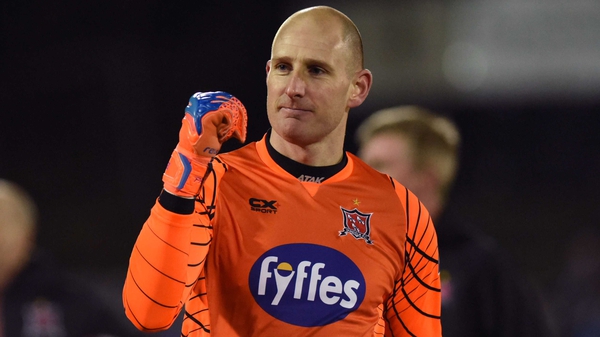