Cork City captain Conor McCormack is relishing a Champions League reunion with Legia Warsaw, and believes the Leesiders can pull off a famous win at Turner's Cross to give them a real shot at progressing.

McCormack was part of the St Pat's side who were seconds away from plundering a second qualifying round first-leg victory in Poland before Miroslav Radovic struck an injury-time equaliser. Legia won the return game at Tallaght Stadium 5-0.

Still, lessons were learned, says McCormack, and he's pumped up for a huge night at a sold-out Cross for the first qualifying round collision tonight.

"The last few days we've been watching clips of them; what they're good at, what their weaknesses are, who their star men are," said the midfielder.

"It's going to be tough. At Cork, we go out try and win every game. I believe if we play to our best, take our chances and keep it tight the game can go either way.

"We concentrate on ourselves. We make sure we're set up properly and that we've our homework done. All the background stuff is all set in place before the game. If we stick to the gameplan, take our chances and ride our luck at times, anything can happen." 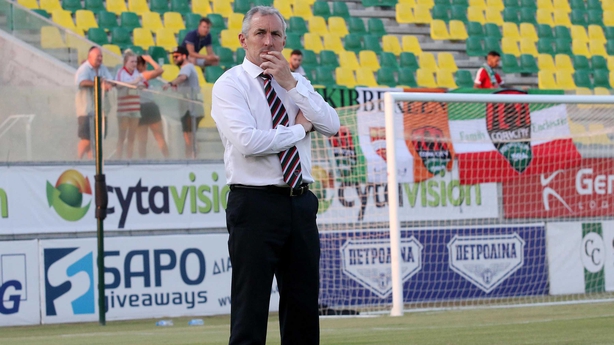 Cork won the domestic double last season and are four points behind table-toppers Dundalk this term.

John Caulfield's men are desperate to emulate the Lilywhites' feats of two years ago, when they pushed Legia all the way in the Champions League play-off clash before winning many admirers for their performances in the Europa League group stage.

Thirteen months ago Cork crashed out of the Europa League qualifiers at the second-round stage against Cypriots AEK Larnaca. This time around, they want more.

"We're going to go out and give it our best shot," McCormack added. "If you keep a clean sheet you don't lose games.

"We have the players, we're obviously a good side. If things go our way [tonight] there's no reason we can't progress."