Fernando Hierro, Spain's stand-in coach during the World Cup, is to leave the Spanish football federation after turning down the chance to return to his former role as sporting director.

Hierro has instead decided to "seek new horizons and undertake new professional challenges", the RFEF said in a statement.

The 50-year-old took charge of Spain after Julen Lopetegui was sacked on the eve of the tournament after agreeing to become Real Madrid coach following the tournament.

Under Hierro, Spain finished top of Group B but were knocked out at the last-16 stage following a penalty shoot-out defeat to Russia.

The former Real Madrid defender was the Federation's sporting director on two separate occasions, between 2007-11 - during which time the national team won the European Championships and World Cup - and then again from November 2017. 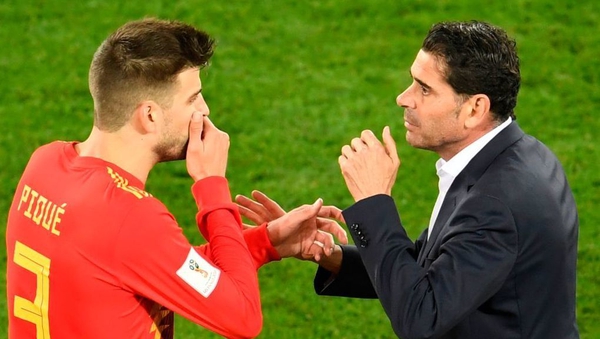