Steve Bruce's side claimed a 0-0 draw at Villa Park on Tuesday, despite a nervy finale, to progress following their 1-0 victory at the Riverside on Saturday.

They will face Fulham - who beat Derby - in the final at Wembley on May 26 as they look to end a two-year Premier League exile.

Boro spent around £50m in search of an instant return to the Premier League but sacked Garry Monk after just over six months in charge.

Replacement Tony Pulis took them to fifth but they now face another season in the second tier.

In a game short on clear chances, Conor Hourihane headed off the line from Boro's Ryan Shotton while at the other end, Darren Randolph saved from Lewis Grabban.

Stewart Downing's free-kick hit the bar late on for Boro - after Villa goalkeeper Sam Johnstone was lucky to escape a red card for handball outside the area. 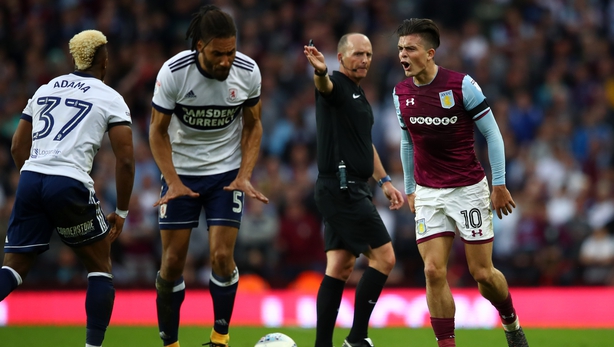 Their early energy was contrasted by Boro's nerves and the visitors survived when Hourihane charged down Randolph's clearance.

James Bree had already shot wide during Villa's bright start as they tried to kill the tie off.

Slowly, though, Boro gained momentum without opening Villa up in a scrappy first half-hour.

And seven minutes before the break Grabban nodded down for James Chester to shoot narrowly wide.

But Boro nearly levelled the tie on 40 minutes when Shotton's header was cleared off the line by Hourihane.

Nerves began to grip Villa Park and Boro's Mo Besic dragged a shot wide seven minutes after the break as the game opened up and the teams raised the tempo.

Grabban was denied at close range by Randolph on the hour and Villa's confidence grew.

There was a growing sense Middlesbrough had run out of ideas and Britt Assombalonga was replaced by Patrick Bamford.

It was Villa's tie to lose and Grabban nearly sealed it when Randolph turned over his 30-yard effort with 20 minutes left.

The Boro goalkeeper then palmed away Jack Grealish's curling strike.

Yet Villa survived a scare with three minutes left when Johnstone was only booked for handling Adama Traore's shot outside the area and Downing hit the bar from the resulting free-kick. 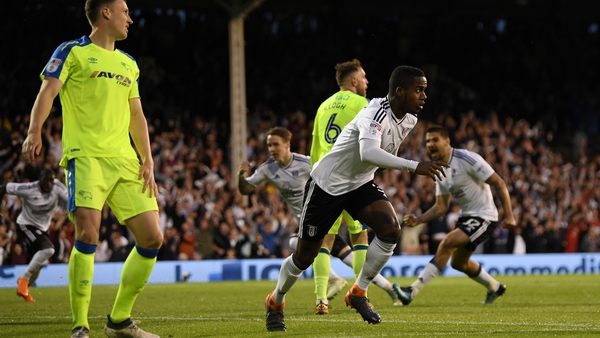