Spain stepped up their World Cup preparations with a stunning 6-1 win over Argentina in Madrid.

Isco hit a hat-trick and there were also goals for Diego Costa, Thiago Alcantara and Iago Aspas as Spain extended their unbeaten run to 18 games since Euro 2016.

Lionel Messi did not feature for Argentina, whose goal came from Manchester City defender Nicolas Otamendi to cut the deficit at the time to 2-1.

Brazil beat Germany 1-0 in Berlin in their first meeting since Germany's 7-1 win in the 2014 World Cup semi-final. City's Gabriel Jesus scored the only goal.

England were denied by the video assistant referee in a 1-1 draw with Italy, Jamie Vardy's goal cancelled out by Lorenzo Insigne's penalty after James Tarkowski was penalised by a pitchside replay.

Hull winger Kamil Grosicki inspired Poland to a 3-2 win over South Korea, setting up Robert Lewandowski's opener before scoring his side's second. Late goals from Lee Chang-min and Hwang Hee-Chan looked to have earned Korea a draw but Piotr Zielinski had the final say. 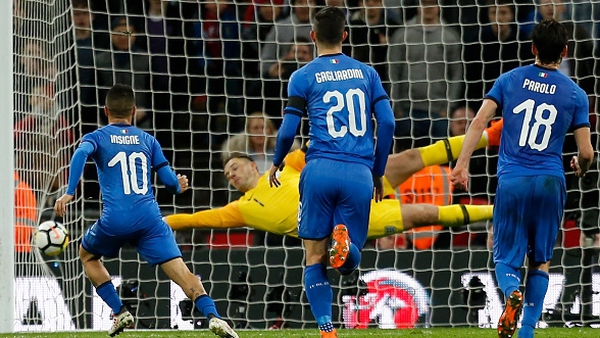