Anthony Martial's third goal in as many Premier League matches earned second-placed Manchester United a 1-0 victory at Burnley as they kept up the pressure on leaders Manchester City.

Having failed to register a shot on target in the first half, Martial fired the winner in off the crossbar nine minutes after the break as United picked up their second win since City's first top-flight loss of the campaign at Liverpool last Sunday.

It was United's fourth successive victory to start 2018 while Burnley, who had earned a point at Old Trafford on St Stephen's Day, slipped to their fourth consecutive loss of the new calendar year.

Though City's lead remains significant, United fans looking for omens will note this game came 22 years to the day since they trailed Newcastle by 12 points after 23 games, a deficit they eventually overturned en route to the title.

They arrived in east Lancashire facing the same deficit while still hoping to tie up a transfer for Arsenal's Alexis Sanchez, who had scored winners in three of his previous four appearances against the Clarets, and early on United looked like a side missing an attacking spark.

Burnley had raced into a 2-0 lead at Old Trafford just 25 days earlier and they started brightly again. When Pogba wanted too much time in midfield he was dispossessed by Jeff Hendrick, with Phil Jones's sliding intervention stopping Ashley Barnes and David De Gea saving the follow up from Hendrick.

Ashley Young, back from suspension, was one of the few United players who could hold his head high after the opening 45 minutes having been preferred at left-back to Luke Shaw, who Jose Mourinho had sung the praises of on Friday.

Young created a chance out of nothing from the touchline in the 42nd minute, nutmegging Johann Berg Gudmundsson before curling a right-footed attempt wide of Nick Pope's post, which is also where Martial's attempt flew at the end of the half.

Just nine minutes after the interval, Martial's clinic finish put the visitors ahead.

Romelu Lukaku held the ball up on halfway and shrugged off Ben Mee, ignoring Jesse Lingard's run through the middle and instead switching the attack to Martial on the left. From there the Frenchman saw goalkeeper Pope edging away to his left and dispatched his shot to the other side as it went in via the crossbar.

In the Sean Dyche era, Burnley had never won a Premier League game in which they had conceded first, losing 39 of those 49 games, but they almost levelled instantly.

Barnes won a free-kick off Young on the edge of the box which Gudmundsson lifted on to the top of the crossbar.

Referee Mike Dean was then uninterested in penalty appeals for handball when Gudmundsson's header struck Chris Smalling as the hosts cranked up the pressure.

Mee's looping header had to be helped over the top by Dea Gea and Gudmundsson's ball across the six-yard box nearly reached James Tarkowski before Mourinho introduced Marouane Fellaini to try and shore things up.

It was his midfield colleague Pogba who could have sewn the three points up had he fed either Martial or Lukaku instead of firing at Mee when United had a three-on-one attack.

Pope then thwarted Martial and United held on for their 14th clean sheet of the campaign in a victory that let City know they still believe the title race is not over. 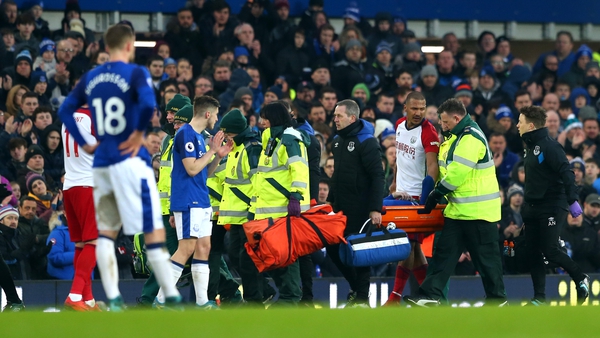