Martin O’Neill’s honeymoon period in charge of the Ireland team lasted exactly 90 minutes, plus whatever the referee added on for injury time at the Boris Paichadze National Stadium in Tbilisi.

The Ireland manager had been appointed late in 2013 but had to wait until September of the following year to take charge of his first competitive fixture - this 2-1 victory away in Georgia.

The opening salvo of what would turn out to be a successful Euro 2016 qualifying campaign took the Ireland squad to eastern Europe and things didn’t go exactly to plan, as the new manager’s side fell over the line with a last-minute Aiden McGeady goal securing the three points.

O’Neill was immediately taken to task about the manner of the performance, and looked genuinely shocked in the post-match interview, as his side were being questioned after an away victory in a competitive fixture.

Of course, Georgia would prove, over the subsequent campaign, that they are an improving nation in the European football family, but the Irish fans were impatient, having endured five long years of Giovanni Trapattoni-style negative football, and assumed that the new man in charge would ring the changes. 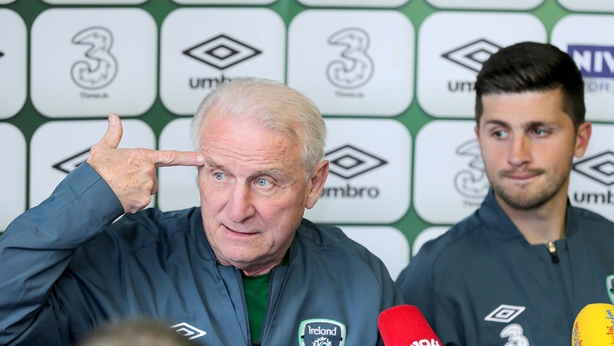 But O’Neill had his own ideas.

The Derry native was an international management novice and to be fair, inherited a mess following the charismatic Italian’s departure.

Trapattoni had guided Ireland to Euro 2012 but the wheels had already started to fall off that particular bandwagon before the team even touched down in Poland for that summer’s showpiece.

Two disappointing defeats had Ireland eliminated before they lined up against Trapattoni’s home nation, and the manager failed to see the bigger picture, naming a virtually unchanged side, adding to the growing frustration amongst the wider squad and missing out on a perfect opportunity to hand some emerging players vital experience at an international tournament.

O’Neill had excelled as a player for both club and country, as he won the English League title and European Cup with Nottingham Forest, while also leading Northern Ireland’s golden generation to the World Cup in 1982.

The former midfielder took the road less travelled into football management, starting off in non-league obscurity before taking over at Conference side Wycombe Wanderers.

Continued success saw O’Neill climb the ranks through the lower divisions and eventually reaching the Premier League with Leicester City.

Success and silverware followed O’Neill from Filbert Street to Parkhead, where he took Celtic to the UEFA Cup final. 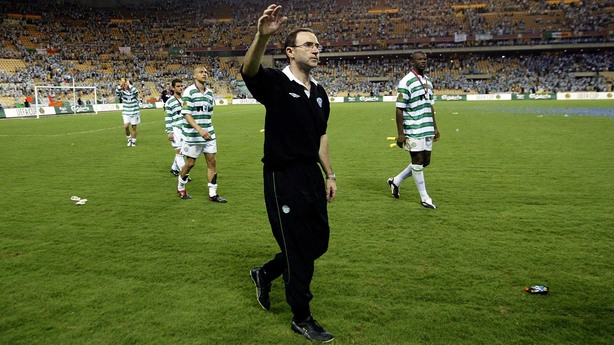 Returning to the Premier League, O’Neill enjoyed plenty of highs at Aston Villa, while the inevitable lows of club management would present themselves at Sunderland.

International football would prove a very different departure for O’Neill, but the manager had made all the right noises in the ten or so months before that competitive encounter in Tbilisi.

And while the groans and grievances of that performance in Georgia raised the usual questions of style and tactics, the manager and players appeared oblivious to the criticism as they continued with the task in hand, attempting to qualify for Euro 2016.

A month later, Ireland went to Gelsenkirchen to take on the World Cup winners.

O’Neill’s first real test and a chance to see where his methodology and squad were in terms of competing at the highest level of European football.

Tactics again were scrutinised as Ireland looked out of sorts in that first half as McGeady appeared to be employed in the unfamiliar number 10 role, while Robbie Keane was isolated, a lone striker with no service to feed off.

But as would become a trend of sorts with future Irish performances, the manager began to show a real knack of being able to change and effect situations to work in his side’s favour.

Wes Hoolahan and Jeff Hendrick were introduced in the second half, which not only changed the game but also proved that the manager was not averse to the odd sprinkling of creative dust when required.

John O’Shea, making his 100th appearance in the green jersey, grabbed a late, late equaliser to record a historic result for Ireland and essentially kick-start O’Neill’s tenure as the man at the helm, charged with raising the hopes and dreams of the Ireland football fraternity. 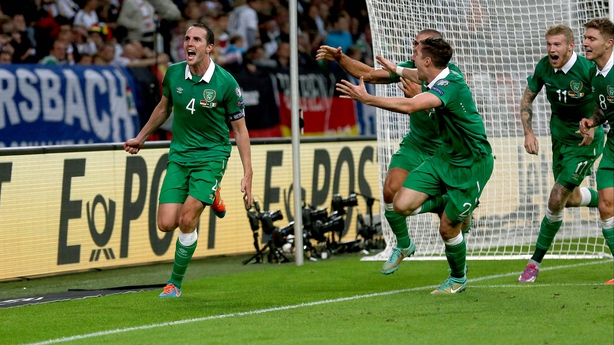 The campaign kicked on with tough tasks coming thick and fast as Ireland danced and diced with Poland and Scotland, cagey affairs between similar sides, all vying for that second automatic spot for Euro 2016.

O’Neill’s footballing style varied little but results were now obviously the emphasis, and while the television and newspaper critics were still urging caution about the O'Neill way, the buzz was certainly coming back in abundance for the home games at Lansdowne Road.

Formations are not high on O'Neill's agenda as the manager tends to set his side up on a game-to-game basis, different systems for attacking and defending, with a strong emphaisis on the importance of the set-piece, while keeping faith with that old footballing faith of expecting a moment of magic.

And the team were also displaying that old-school, "you’ll never beat the Irish" attitude, rescuing points, late goals, full-blooded performances; edge of the seat stuff where the beautiful game is easily overlooked by raw emotion.

The Germans came back to Dublin a year later and all of O'Neill's footballing philosophy played out a perfect storm with Shane Long conjuring the winner en route to a 1-0 victory over the world champions.

A month later, Ireland had qualified for Euro 2016 – the bandwagon was back on track.

O’Neill’s management credentials were again proved bona fide, however, the style of play was still under scrutiny.

New blood was sought as preparations began for France.

Robbie Brady and the aforementioned Hendrick had become part of the furniture; further ball-playing talent like Harry Arter and Alan Judge also auditioned for cameo roles for the summer.

The limiting factors of international management showed their face in the build-up to the Euros with O’Neill unable to enhance his squad going to France – Shane Duffy the only real breakthrough player to make the plane alongside those who had helped Ireland to qualify.

But O’Neill embraced the European stage and took a very positive approach to the opening game in Paris against Sweden, where Hendrick and Brady led the charge with this new-look, positive, attack-minded Ireland XI.

Hoolahan made the breakthrough and all looked rosy, but then old habits returned as Ireland tried and failed to hang on to the slender lead. 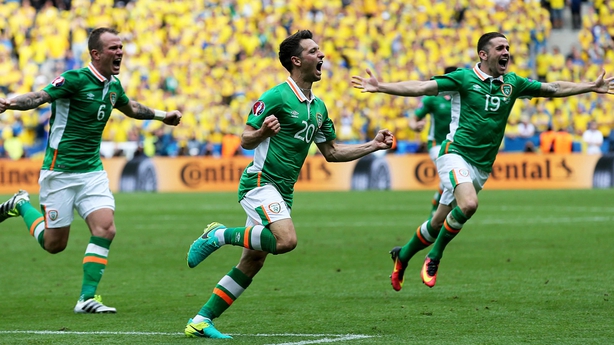 The devastating 3-0 defeat to Belgium would have broken the spirit of many an international side, but O’Neill went back to the drawing board and sent out his most attacking side yet to take on the mighty – if perhaps weakened – Italians. That night in Lille now firmly ensconced in Irish football folklore.

Front-foot football has a place to play in O’Neill’s armoury, and it reared its head once again in Vienna as Ireland took the game to Austria, winning the match with a perfectly executed, counter-attacking move of the sort that might be more at home at the Etihad in Manchester rather than Dublin’s Aviva.

But first and foremost, O’Neill trades in results and it was an ugly affair in Cardiff which handed Ireland this two-legged opportunity for a place at the World Cup.

Throughout the week, the Ireland players have spoken again about gaining the manager’s loyalty and trust, while others offered glimpses into the current camp as they said it was a very happy place to be.

In the modern game, perhaps the toughest task, especially in international football, is keeping the players happy.

And as long as O’Neill maintains that particular inspiring influence, expect the results, if not the performances, to follow.