Bray Wanderers will be hoping to give manager Harry Kenny winning send-off as he takes charge of the Wicklow side for the last home game of his reign.

With European places for next season now settled and out of Bray's reach, the Seagulls welcome Shamrock Rovers to the Carlisle Grounds looking for a win that will cement them in fifth place.

Bray can finish now higher than fifth while Rovers only maintain a one point lead over Derry City in third place with both sides guaranteed European football next season.

Shamrock Rovers: Brandon Miele (suspended) and Dave Webster (broken foot) will both be out for Rovers, while they have a few injury doubts elsewhere.

Stephen Bradley (Shamrock Rovers): "We’ll just go and try and win tomorrow and win next week and get that third place.

"We showed when we played them in Tallaght that we were a different team at that stage of the season and I think it’s important that we show that again tomorrow night. We just need to perform to our levels and our standards." 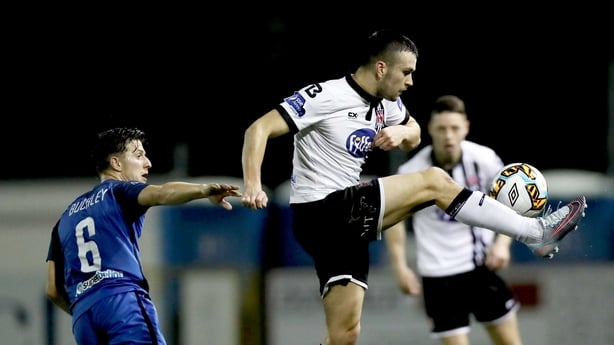 Having finally seen Cork City get over the line and dethrone them as Champions, Dundalk will be eager to sign off in their final home game of the season with a win.

Stephen Kenny’s side go into the game in confident mood following a 1-0 win against Bray Wanderers on Friday and they'll be looking to keep up their momentum ahead of the FAI Cup final with newly crown Champions Cork.

Bohemians meanwhile have assured themselves of a mid-table finish and while European football is off the cards for next season, they've ensured that they will not be one of the three teams relegated this year.

Dundalk: The Lilywhites will be without captain Stephen O'Donnell as does Conor Clifford. There have a number of injury concerns with Steven Kinsella, Niclas Vemmelund, Patrick McEleney, Dylan Connolly, Thomas Stewart, Dane Massey, John Mountney and Chris Shields all struggling with a variety of knocks.

Bohemians: Both Fuad Sule and Keith Ward are both suspended, Lorcan Fitzgerald (knee) and Warren O'Hora (hamstring) remain out, while Georgie Poynton and Michael O'Connor, both on loan from Dundalk, are unable to play against their parent club.

Niclas Vemmelund (Dundalk): "We have our last home game here at Oriel Park so hopefully there will be a good crowd and we can keep our winning streak going," said the Dane.

"As a player very important to have as many supporters as possible at the game. We would like to have a load of supporters especially because it’s our last home game – and hopefully we’ll give them something to enjoy, a good result and nice football too."

Keith Long (Bohemians): "We're down to the bare bones but it's a great test for those who will play.

"You should want to play against the best in the league and Dundalk are the form team at present.They're unbeaten in 15 games so this will be a good challenge for our players to see what level we're at." 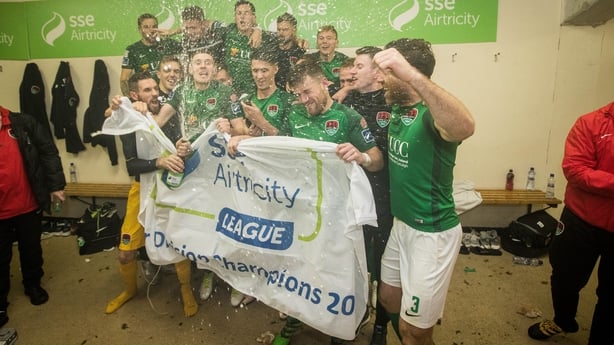 Having finally got over the line and put the league to bed, Cork City will be eager to celebrate their title success in style as they travel to St Patrick's Athletic.

A 0-0 draw with Derry City at Turner’s Cross was enough to secure the league title for John Caulfield’s side.

The Rebels face a side that are still scrapping for their Premier Division survival towards the bottom of the league table and the Saints are still only a point above the relegation zone with two games left to play.

St Pats: The Saints will be without Graham Kelly who serves a one match suspension, while defender Darren Dennehy misses out with an ankle injury.

Cork City: Steven Beattie will miss out after coming off with a groin strain against Derry, as will long-term absentees Johnny Dunleavy and Alec Byrne. A number of other players are being assessed after Tuesday’s game, with decisions on those likely to be made closer to kick-off.

Liam Buckley (St Pat's) "Tonight is another big game for us.  We are welcoming the league champions to Richmond Park, but more importantly from our side of things, everyone is 100% focused on getting the three points.

"It’s our last home game of the season and we want to end on a high by getting the points as our supporters have been fantastic all season in getting behind the team and encouraging them."

John Caulfield (Cork) "We know it is a massive game for St. Pat’s, but we have just won the league and we want to give a good account of ourselves. We want a good performance and we are going out to win the game.

"I felt that we would do well this year. While you put standards in place and you try to drive the team on, you still need the players to cross the white line and do the business. Thankfully, this year, the boys have been phenomenal, and they deserve everything they get."

Galway travel to Limerick in desperate search of a win to keep their survival hopes alive. They trail their hosts by five points with just two league games remaining.

Shane Keegan's side are currently 10th in the league table, sitting a point behind Sligo Rovers and St Patrick's Athletic.

A win or a draw for Limerick would see them mathematically safe from relegation and they'll be eager to secure their place in next season's Premier Division.

Limerick: Manager Neil McDonald has again reported a fully-fit squad, with captain Shane Duggan back in contention now after serving a one-match suspension incurred by the accumulation of eight yellow cards.

Galway: Ronan Manning is ruled out with a groin strain. Gary Shanahan (shin) picked up a knock in training on Thursday morning, but it is hoped that the winger will be fit for the Limerick game.

Gaffer talk: "Galway are a good team. You look at the middle three they have and Ronan Murray as well, who got the league’s Player of the Month for August. They have good players and have threats all over the pitch," Brendan said. "We’ll put a plan in place to win the game.

"It has been a bit of a rollercoaster season but it would be nice to have a decent crowd at the Markets Field. We had 1,600 last week and they really helped us in the last few minutes. Hopefully we can end the season at home on a high."

Shane Keegan (Galway) "We need to be aiming for a win, you would imagine it would put us in a good position heading into the final day, if we were to win. Ourselves, St Pats and Sligo Rovers all have games against difficult teams at the weekend. All we can do is focus on our own performance against Limerick.

"If we don't put in a performance against Limerick, we can't whinge about the teams around us not doing us any favours." 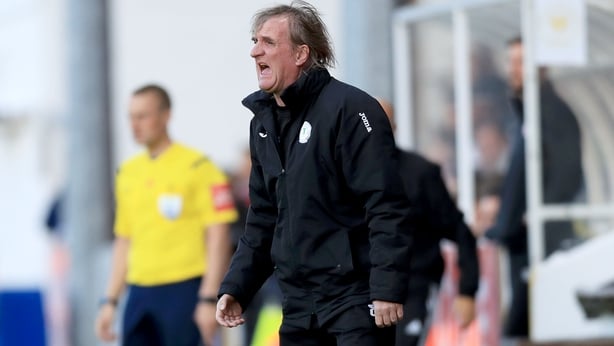 Finn Harps welcome already relegated Drogheda United to Ballybofey knowing that even a win will probably not be enough to see them avoid the drop.

Harps are six points from safety with two games to go. They need to claim all three points against the Drogs and then hope that results go their way elsewhere if they are to have any chance of play Premier Division soccer next season.

For Drogheda it's about pride now as they were confirmed as being relegated back in September and are already preparing for life in the First Division.

Finn Harps: The home side will definitely be without Ethan Boyle who won’t play again this season due to a hamstring injury while Paddy McCourt (calf), Sean Houston (groin) and Packie Mailey (hamsting) are rated extremely doubtful by the manager.

Drogheda: Drogheda will welcome back Dave Mulcahy, Stephen Dunne, Jake Hyland and Thomas Byrne from injury. Colm Deasy misses out through suspension while Richie Purdy and Ryan Masterson are injured.

Ollie Horgan (Finn Harps) "We just got back to training on Wednesday night because the session on Monday had to be cancelled.

"The lads are completely focused on doing everything to get the victory against Drogheda. They know that the other games are outside their control. Hopefully we get the three points against Drogheda and we’ll where that leaves us come 10pm tomorrow night."

Pete Mahon (Drogheda) "It’s been far too long without a win, there’s no way to dress it up as anything else.

"I really don’t want that hanging over our heads going into next season so it’s really important that we get one over the line in the next two games. Harps are still hanging on but I’m hoping we can finally get that win on the board."