Martin O'Neill has urged supporters to push the Republic of Ireland over the line against Moldova, as an injury crisis stretches his midfield options to the limit.

O'Neill names his squad for the final two games of the World Cup qualification campaign tomorrow with doubts over the availability of Harry Arter - who sat out Bournemouth's clash with Everton last weekend - and Wes Hoolahan, who is nursing a knock he picked up in Norwich's 0-0 draw against Bristol City.

James McClean and Robbie Brady are both suspended and the versatile Jon Walters has missed Burnley's last two games with a recurring knee injury.

On top of that, James McCarthy has yet to kick a ball this season with Everton as he also continues to recover from a knee problem.

Ireland must beat the Group D minnows to set up a titanic showdown against Wales in Cardiff as the battle for a play-off spot goes to the wire.

Martin O'Neill calls on Ireland supporters to get behind the team once again next week! Tickets: https://t.co/QlvHiTwVhP #COYBIG pic.twitter.com/9rUKwiYvWF

Moldova have yet to win a game in the campaign, but O'Neill expects a tense night in Dublin on Friday week.

"The Moldova game is everything to us," he told FAI TV.

"We have to win this game. It will be a nervy 90 minutes, no question. We've seen this before in games we're hoping to win.

"We want to try and go to Wales with everything to play for, so the game has become ultra important for us. If we make it into the pay-offs of course we'll have another game here but it;s the last (home) game.

"The crowd have been really, really fantastic and we will definitely need that sup[port greatly if we're going to go through. Who knows what the next couple of weeks might bring in terms of injuries to other key players we have. We need the crowd badly in this game." 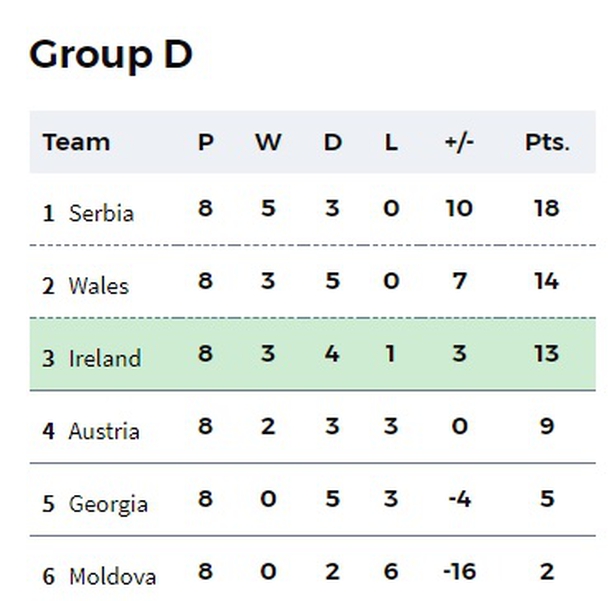