A play-off for the World Cup finals in Russia beckons for Northern Ireland after their 2-0 win over Czech Republic guaranteed second place in Group C.

Michael O'Neill's side only needed a share of the spoils to seal a runners-up berth, but first-half goals from West Brom pair Jonny Evans and Chris Brunt got them all three to ensure they will almost certainly be involved in November's play-offs, which the eight-best second teams will advance to.

Moreover, having claimed 19 points from a possible 24 so far, they could still catch world champions Germany and win the group, despite the Germans having won every one of their eight qualifiers to date.

Winning the group is unlikely to be at the forefront of O'Neill's mind ahead of Die Mannschaft's visit to Belfast in October, but their haul, which is better than Group A leaders France's total after eight games, has left them essentially two games from a first World Cup in 32 years.

This was their fifth successive victory - a new national record - and a seventh clean sheet in eight qualifiers, with goalkeeper Michael McGovern also passing the 10-hour mark without conceding.

There was just one change from the side that defeated San Marino, forward Kyle Lafferty withdrawn for midfielder Corry Evans, and it was no surprise to see the Czechs dominate possession against a rigid unit.

But this is an experienced Northern Irish outfit, even without the injured Gareth McAuley and Craig Cathcart, and they watched the ball go sideways rather than through them in a first period where they ceded 69 per cent of possession but ensured McGovern was never really tested.

And from set-pieces they always carry a threat, one that remains even after a corner is semi-cleared.

When Brunt's corner was initially headed out by Marek Suchy at the near post, Oliver Norwood guided it back in from the edge of the box and Theodor Gebre Selassie was too slow getting out, leaving an unmarked and onside Jonny Evans to flick beyond Tomas Vaclik 28 minutes in. 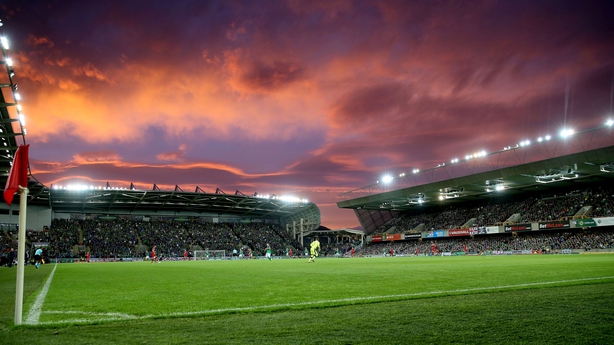 The centre-back had been the story in the build-up to the San Marino game due to Manchester City's failed attempt to sign him before last week's deadline - and there had been no sign in either of his two performances since that it had had a negative impact.

His younger brother then had a huge part to play in another West Brom player making it 2-0 four minutes before the break.

Steven Davis was in his own area when he passed forward to Corry Evans, who carried the ball to 25 yards out from the visitors' goal before drawing Filip Novak into a foul.

Both Norwood and Brunt stood over the set-piece but it always looked like it would favour a left footer, and so it proved as the latter stepped up and whipped a brilliant attempt up and over the wall and between Vaclik's hand and the post.

Brunt was the only player in the Northern Irish XI yet to feature at a major tournament after missing out on the Euros due to a knee injury, but the prospect of him likely finishing his international career after Russia remains a possibility.

O'Neill had insisted in the build-up to this contest that there was no reason to party just yet but the Green and White Army, starved of tournament football for three decades before last summer, were bouncing in the stands before applauding the team off at half-time.

The Czechs had plenty of the ball in the second period, and brought on two attacking players within 10 minutes of the resumption - but McGovern was relatively untroubled as the hosts switched to a back five and comfortably closed out a 2-0 victory on another memorable Windsor Park night. 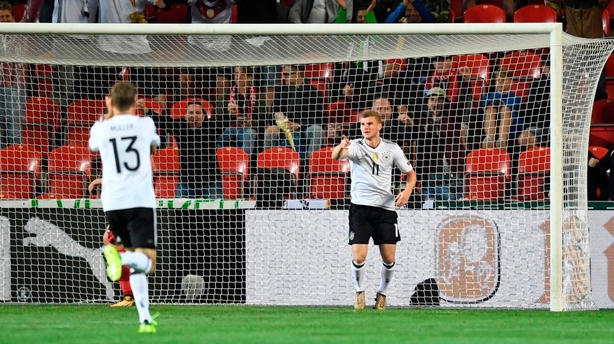 In the other big game in Group C, World champions Germany thrashed Norway 6-0, scoring four times in the first half including a Timo Werner double.

The Germans killed off the game in a whirlwind first half, scoring three times in the opening 21 minutes, and can wrap up qualification away to second-placed Northern Ireland, who beat the Czech Republic 2-0, on Oct. 5.