Cristiano Ronaldo wants to carry on the goalscoring form that has seen him reach the 400 goal mark for Real Madrid.

The Portuguese superstar netted a superb hat-trick in Real Madrid's 3-0 Champions League win over Atletico Madrid as Los Blancos took a big step in qualifying for the final later this month.

The former Manchester United player, who also scored a treble in the quarter-final against Bayern Munich at the Santiago Bernabeu, and five goals across that tie, is revelling in the central striker's role he has adopted this season and has claimed 44 goals in 45 goals for club and country this season.

Since joining Real Madrid in 2009, the 32-year-old has plundered an incredible 280 goals, including 88 Champions League goals in 86 appearances.

Reflecting on an "unbelievable" team performance in the win over neighbour Atletico, Ronaldo insisted his team controlled the match and created more chances.

"I want to carry on like that. The goals make me happy and keep me motivated"

He also added that goals and happiness are what keep him motivated as a player.

"My motivation is to enjoy myself all the time," he said. "The goals are coming in a natural way.

"Of course it’s good to score goals, especially in these kind of big games.

"I’m really happy for that.

"I want to carry on like that. The goals make me happy and keep me motivated." 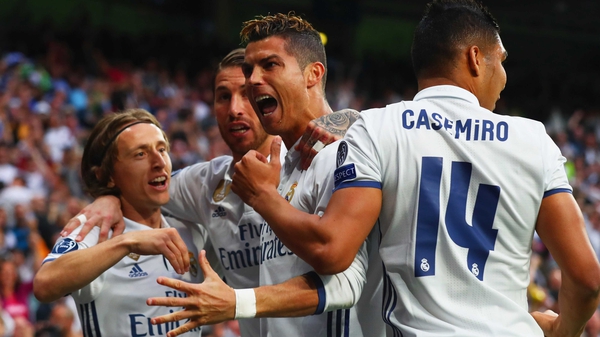