Pep Guardiola is preparing to make a special return to Wembley as Manchester City face Arsenal in the FA Cup semi-finals on Sunday (kick-off 3pm).

The City boss has happy memories of the national stadium as both a player and a manager with Barcelona.

The Spaniard was a member of the Barca side which won the Champions League at the ground in 1992 and he tasted glory again when in charge of the Lionel Messi-inspired winners of 2011.

Guardiola said: "Wembley in my life has been so important in terms of football. We were able to win the first Champions League when Ronald Koeman made a fantastic goal against the Sampdoria of (Roberto) Mancini.

"The second one, we beat one of the best teams in the world in Manchester United at Wembley and, especially the way we played, always I will remember in my heart.

"We made an outstanding performance in all senses. We played 25 minutes in the second half I will never forget.

"Wembley is an important part of my life. Going back there will always be special."

The FA Cup now represents Guardiola's only hope of winning silverware in his first season at City after an underwhelming campaign on other fronts.

City were unable to keep pace with Chelsea in the Premier League title race and are still facing a scrap to qualify for next season's Champions League. Their challenge in the European competition this term ended at the last-16 stage. 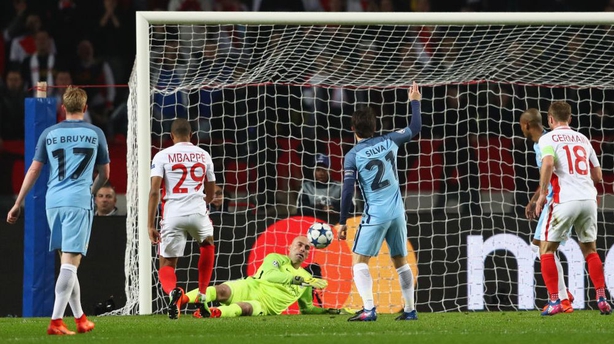 Guardiola believes FA Cup success could be psychologically important for his squad, although his ambitions go beyond the famous cup competition.

He said: "There are still a lot of things to fight for - to reach one final and then after to finish in the Champions League for next season.

"Winning titles (trophies) helps you to win confidence that the club is able to do great things, winning titles gives you the the self-confidence to know you are good enough.

"But what we have to do in the next years - nothing changes if we win or don't win this title."

City could be boosted by the return of striker Gabriel Jesus after two months out with a broken bone in his foot. The Brazilian, who scored three goals in five appearances after joining the club in January, returned to training earlier this month and will travel with the squad.

Defender John Stones, however, is still sidelined with the muscle injury that kept him out of last week's Premier League win at Southampton and he could also be doubtful for Thursday's derby against Manchester United.

With Claudio Bravo having played the last two games, Willy Caballero could return in goal if Guardiola sticks to his usual cup rotation policy.