Spurs are four points behind the Blues at the Premier League summit with six games remaining after Chelsea's loss at Manchester United last Sunday.

Pochettino has said that his side a are underdogs for the Wembley clash but Conte disagrees.

"There is a moment you have to finish considering yourself an underdog. I think this is the right moment," Conte said.

"Tottenham now is a really great power in English football. This is the third year for them (under Pochettino) and I think it's the right moment to finish (talking about being) considered (an) underdog and to find his excuse."

Chelsea are seeking a win over Tottenham which, as well as securing a place in the FA Cup final, would boost morale and confidence for the Premier League run-in.

Conte downplayed the impact of the result on the Premier League run-in, which resumes for Chelsea against Southampton next Tuesday.

"I don't think if one team wins or loses it can affect the other competition," he added. 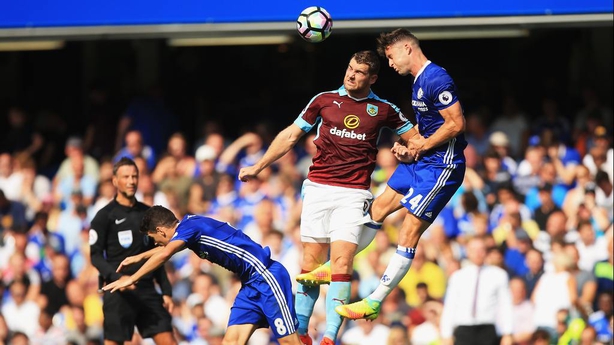 The Blues' preparation has been disrupted by illness to defender Gary Cahill, who was admitted to hospital this week with gastroenteritis.

The 31-year-old defender spent two days in hospital following his admission after training on Tuesday before his release on Thursday.

"Our doctor preferred to bring him to the hospital and to check his condition," Conte added. "Not a serious problem, but now Gary is getting better and is improving a lot."

Conte appears to be resigned to being without Cahill, his on-field captain for much of this season.

"If you ask me for tomorrow, my answer is it is very difficult," Conte added. 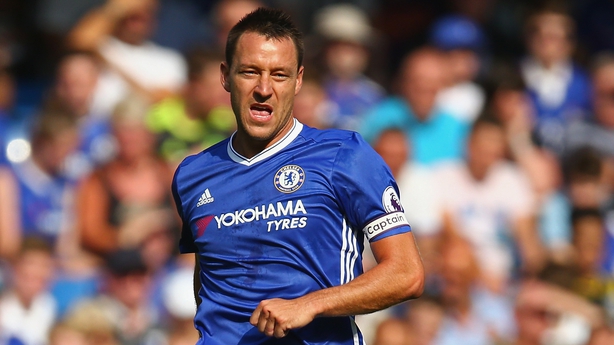 Cahill has also been a key figure in Chelsea's defence this season, playing in a three-man defensive unit with Cesar Azpilicueta and David Luiz.

Kurt Zouma and Nathan Ake are in contention to step in, with Conte suggesting John Terry is more suited to the central position in the back three, where Luiz is first choice.

Terry this week announced he will leave Chelsea at the end of this season after 22 years at Stamford Bridge.

"I think the right position for John when we play with three central defenders is in the central position where David Luiz is playing," added Conte, who again praised Terry's influence.

"If you ask me is he a serious loss for next season? Yes, I think so.

"The problem is that John wants to play regularly and for this reason I think that we have to respect his decision."

Conte admitted the departures of senior, long-standing personnel, including Terry, mean Chelsea must find others to fill the leadership void. He was also referring to Branislav Ivanovic and John Obi Mikel, who both left in January.

Conte added: "Now we have to find together the new players to replace these great players and to try to write again the history for the club.

"For sure this task won't be easy. And I hope that everyone understands this."

Goalkeeper Thibaut Courtois missed the United clash with an ankle injury but has trained this week and is available again.

Marcos Alonso, meanwhile, withdrew during the warm-up at Old Trafford due to a stomach bug, which was unrelated to Cahill's illness.

Conte is seeking a FA Cup and Premier League double in his first season, but insisted his Chelsea team are - unlike fellow Italian Carlo Ancelotti's side in 2009/10 - not the finished product.

Conte added: "If you compare my situation with Ancelotti's situation it is totally different.

"We started our work to put the foundation and to build something important. I think in the past, in that moment, that was the foundation."