The Republic of Ireland and Northern Ireland are neck-a-neck in the latest FIFA World Rankings, with both sides comfortably inside the top 30.

Five-times world champions Brazil have returned to what they will consider their rightful place at the top of the rankings for the first time in seven years.

Brazil have enjoyed a impressive revival since Tite replaced Dunga as their national team coach last year, winning all nine matches they have played under his leadership including eight World Cup qualifiers.

Argentina lost their place at the top after last week's 2-0 defeat in Bolivia which has left them struggling to qualify for the World Cup.

Four of the top five teams in the rankings announcement by FIFA on Thursday, are from South America. Chile are fourth, Colombia fifth and Germany sandwiched in between in third.

Egypt are Africa's best-placed team in 19th while Asia's top side are 28th-placed Iran. 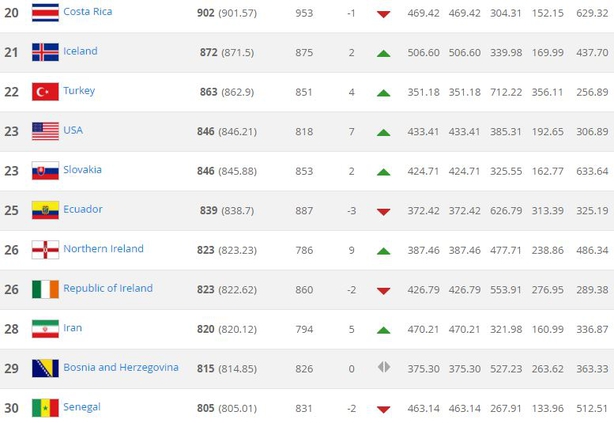