McCaffrey latched on to a brilliant through ball from Thomas Byrne to skip around the keeper and slide home the winner.

It had looked for all the world like a game that would end in a stalemate after a lively opening settled down into a cagey encounter.

Drogs stopper Stephen McGuinness was forced to tip Vinny Faherty's snapshot on to the crossbar after just five minutes.

Kevin Devaney went close with a drive from a tight angle and Ronan Murphy's dangerous cross was cleared well by Ciaran McGuigan as the visiting defence weathered the storm.

However Drogheda grew into the contest.

Stephen Elliott's effort was smothered just before the break, and McCaffrey went closest to breaking the deadlock when jinking pats his man and driving just wide.

With a draw looking inevitable, McCaffrey then had his moment.

He raced onto substitute Byrne's pass to bag his seventh goal in 13 games for the Louth club since his arrival from Shamrock Rovers last summer.

It was enough to earn the points, and send the small pocket of travelling supporters home happy. 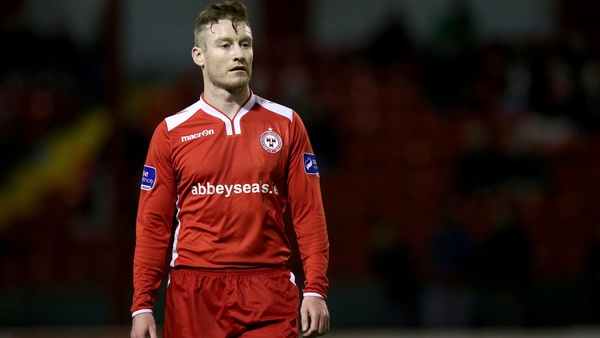 Stephen Elliott confident Drogheda can cause a surprise