Harry Kane netted a hat-trick as Tottenham cruised into the FA Cup quarter-finals with a 3-0 victory at Fulham.

Christian Eriksen set up the first two for the England striker, with Dele Alli providing a neat pass for the third to wrap up a convincing and well-deserved triumph at Craven Cottage.

The result was a welcome one for Spurs boss Mauricio Pochettino, who named a strong line-up having headed into the match on the back of two straight losses.

Pochettino selected a similarly strong XI to that which on Thursday lost 1-0 in the Europa League at Gent. Michel Vorm started in goal in place of Hugo Lloris, while there were recalls for Eriksen and Son Heung-min, Kieran Trippier and the fit-again Jan Vertonghen - and the visitors' superior quality almost instantly told. 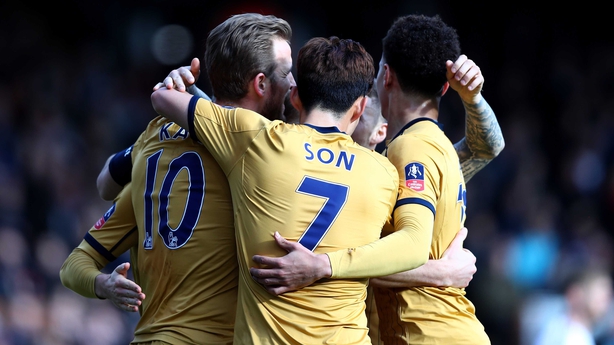 In only the fourth minute, after Kane and Alli combined to send Eriksen one on one in the area with Fulham goalkeeper Marcus Bettinelli, Tim Ream raced back to produce an outstanding tackle from behind to prevent the opening goal.

Amid further pressure, Alli then intercepted a clearance on the edge of the area before sending a right-footed shot just wide of the far left post.

To Fulham's credit, they attempted to match Spurs' intensity, the effectiveness of which was helped by the Cottagers' smaller pitch, but a lapse in concentration led to their visitors taking the lead.

From a 16th-minute throw-in, static defending allowed Trippier to put Eriksen into space on the right wing, and when the midfielder crossed first time towards Kane, the striker equally impressively sent a first-time finish low to Bettinelli's right.

Vorm almost gifted Fulham an equaliser four minutes later, when, under pressure from Neeskens Kebano he passed straight to Tom Cairney. But, despite a near-open goal, Cairney's position on the right wing restricted the angle for his quick shot and left the goalkeeper with a routine save. 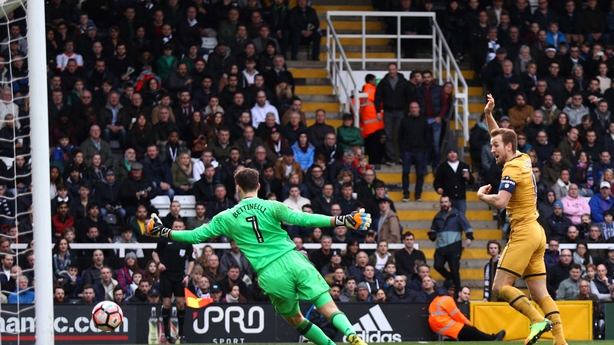 Harry Winks thought he had scored in the 28th minute when he sent a rebound from the offside Kane's close-range shot into the bottom-left corner, but referee Robert Madley rightly disallowed.

The goal they needed, and Kane's 18th of the season, instead arrived in the 51st minute and largely resembled the first. From the right, Trippier cut back to the edge of the area for Eriksen, whose cross was side-footed between Bettinelli's legs by Kane.

Just as they had done with the second goal, Fulham appealed in vain for offside when the striker scored his third - and 10th goal in 10 games - in the 73rd minute.

With space on the break, Eriksen found Alli, who slid Kane through on goal against Bettinelli, and he finished to the goalkeeper's left and towards the near post.