Premier League clubs Watford and Hull City paid the penalty for fielding weakened teams when they were both knocked out of the FA Cup in the fourth round, while Sutton United dumped out Leeds.

Like Liverpool, beaten at home by Wolverhampton Wanderers the previous day, they miscalculated in resting so many players ahead of Premier League games in midweek and could have no complaints at going out of the competition.

Watford lost 1-0 to League One (third tier) side Millwall and on the other side of London, Hull, FA Cup finalists three years ago, were humbled 4-1 by Championship (second tier) side Fulham after missing two late penalties.

Millwall, who beat another understrength Premier League team, Bournemouth, in the previous round, fully deserved the win earned for them with a goal by Steve Morison in the 85th minute.

The 33-year-old striker, in his second spell with the London club, drove in a cross to the far post by substitute Shane Ferguson. 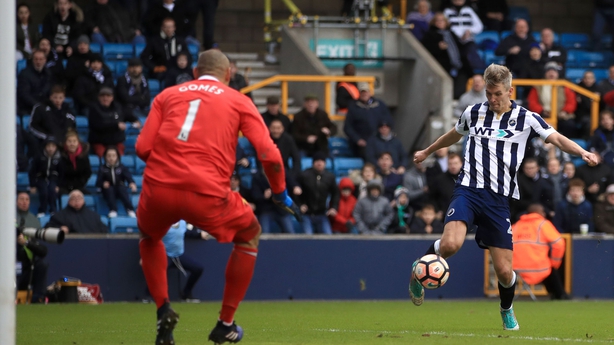 Without joint top scorers Deeney and Capoue, they struggled to make genuine scoring chances, coming close only when a free kick by Adlene Guedioura was glanced against the far post by Millwall defender Shaun Cummings.

They also failed to convince the referee about two strong penalty appeals either side of halftime, and in between times lost goalkeeper Costel Pantilimon to injury.

Brazilian Heurelho Gomes, formerly of Tottenham Hotspur, came on and immediately had to make an excellent save from a volley by striker Lee Gregory, who had hit the bar in the first minute.

Manager Neil Harris felt his mid-table League One team fully deserved their victory over a side 40 places above them.

"We could easily have been three or four up by halftime," he said.

"This club and this team epitomise what the FA Cup is all about." 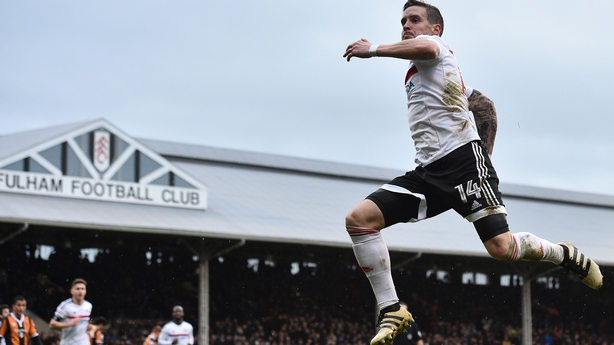 At Craven Cottage on the bank of the River Thames, Hull, who had made six changes, fell behind to a goal by  their former forward Sone Aluko after 16 minutes.

Evandro headed an equaliser four minutes into the second half, but Chris Martin, on loan from Derby County, soon restored the lead.

Hull's Abel Hernandez then had two penalties saved by goalkeeper Marcus Bettinelli in the space of a minute to round off a bad day. 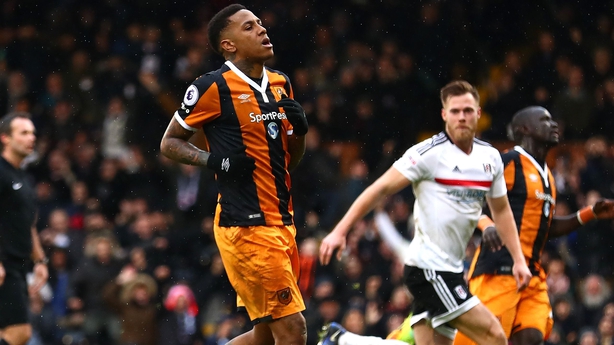 Sutton provided the biggest upset of the round with a stunning 1-0 win over Leeds.

Captain Jamie Collins scored the winner from the penalty spot as the lowest-ranked side in the competition shocked the Championship high-flyers.

No less than 83 places separated these teams but Leeds manager Garry Monk, clearly concentrating on promotion back to the Premier League, paid the price for making 10 changes to his line-up.

Monk's side, packed full of youngsters and including two debutants - neither of whom were even named in the squad line-up on the back of the programme - struggled badly on Sutton's artificial pitch. 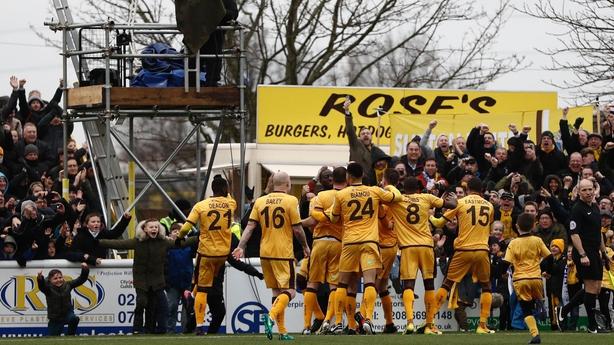 And Collins' second-half spot-kick ensured Sutton joined Lincoln in the fifth round - the first time two non-league teams have made it to the last 16.

Sutton have FA Cup previous, of course, having famously dumped out top-flight Coventry in the third round in 1989.

Their run to round four this season had seen them dispose of Forest Green, Dartford, Cheltenham and AFC Wimbledon to land a plum tie which evoked memories of the same fixture - at the same stage - in 1970.

Collins told BT Sport: "I think when we saw their team sheet, especially at home, we always thought we had a chance. I think there was only one or two that are regular first-team (players). But at home, we fancy our chances against anyone.

"It'll be a big upset out in the public but for us we knew we could do it.

"It's a fantastic day for the club, all the lads are buzzing and you can see what it means to the fans.

"I think we'd like one of the Premier League big boys now - Man United, Arsenal, someone like that, away."