Reports suggested the England international was a potential target for the Reds boss when the transfer window opens next month.

However, Klopp played down the speculation.

"I don't usually say anything about transfer rumours but I can make an exception. Nonsense," he said.

"This kind of thing I think a lot about but I say nothing because it is really not interesting what I think about this.

"You (the media) are already on a path so do with it what you want but from our side nothing else to say about it." 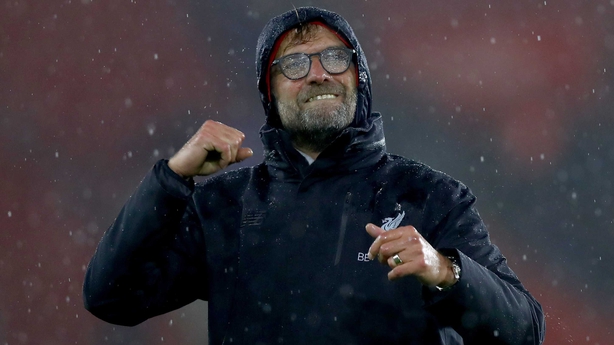 The German's focus is purely on the New Year's Eve visit of Manchester City, which pits his second-placed side against Pep Guardiola's team who are just one place and one point behind.

Guardiola is regarded as modern football's greatest innovator but Klopp's results against him have been as good as anyone's with four victories - albeit three in cup competitions - in eight meetings during their time in the Bundesliga.

Klopp insists recent history counts for nothing but accepts that in Guardiola, City have a man of huge influence.

"We know everything about how Pep played with Bayern but that is not important any more because it is different players and different systems," said the Liverpool manager, whose record against City since arriving last season is two resounding league wins and a Capital One Cup final defeat on penalties.

"We are a different team so at this moment both sides cannot be sure which idea the other team has.

"It is not that we have a look back at the last few games against Pep Guardiola because our teams don't play each other. 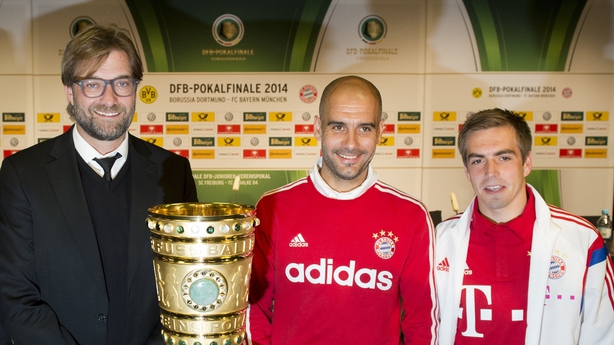 "In Holland it was Johan Cruyff and Total Football. He (Guardiola) was very nearly perfect with Barcelona, he had a big influence with Bayern and changed their style completely.

"He is an outstanding manager 100 per cent. I am not interested too much in giving things a name but you can see on the pitch he is an influential manager. He has a clear idea and a pretty much good idea. He has had a fantastic career until now.

"He had a nice style with Barcelona and was really good with Bayern and now he is at City and he is there to be successful and not to show how good he is.

"That is how we all are. We want to help our team.

"He is very influential but the Barcelona style is not possible for each team to play. It depends a lot on the players you have. If a Sunday morning team tried to play like Barcelona it would be pretty difficult.

"You always adapt to your players and that is what he is doing and it is what we do."

Neither Philippe Coutinho nor Joel Matip (both ankle injuries) will be available for the match, which is expected to be an entertaining game with Liverpool the Premier League's highest scorers and City joint-second.