Champions Dundalk will begin their push for four-in-a-row when they open their SSE Airtricity League campaign against Shamrock Rovers on 24 February at Oriel Park.

Stephen Kenny’s side have landed the league title for the past three seasons and will now look to match the famous Shamrock Rovers side of the 1980s by securing their fourth consecutive title.

The Hoops achieved the unique feat from 1984 to 1987 with Dundalk the first side since to record three in a row.

Cork City have the unenviable record of recording their own three in a row, finishing runners up in the Premier Division for the last three seasons, and  the reigning FAI Cup holders will start their league campaign away at Finn Harps.

Two of the other sides looking to challenge for top honours in 2017, St Patrick’s Athletic and Bray Wanderers go head to head on the opening day of the season at Richmond Park, while Bohemians entertain Derry City at Dalymount. 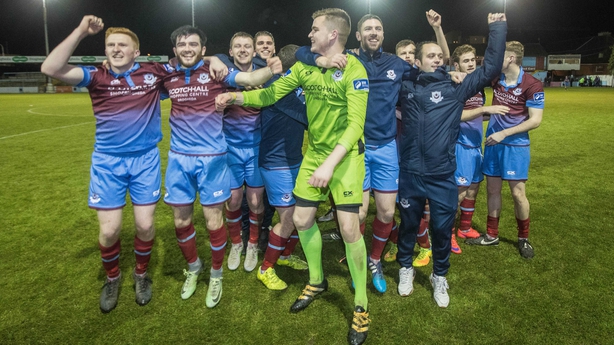 With three teams set to be relegated in 2017, as a result of the league’s return to a ten-team format, newly promoted Drogheda United will be looking for a bright start back in the top division as they open their campaign with an away trip to Galway.

Fellow promoted side, Limerick, who were crowned First Division champions in 2016, welcome Sligo Rovers to the Markets Field on 25 February, with the home side choosing to play their home fixtures on Saturdays with a 6:30pm kick-off time.