Celtic manager Brendan Rodgers is confident his side will shrug off their European exit in midweek to focus on winning the first domestic trophy of the season on Sunday.

The Hoops' 2-0 defeat by Barcelona in the Champions League on Wednesday night meant the Scottish champions, with the last fixture at Manchester City remaining, will finish bottom of Group C with no European football after Christmas.

However, the champions take on Aberdeen at Hampden Park on Sunday and Rodgers insists their European disappointment will have no bearing on their determination for success.

"We haven't really reflected on it as of yet," he said. "I felt the players were very good in the game in terms of the performance, but we have another game to go in the competition and we will reflect a little bit more after that in terms of where it is.

"Our ambition and hunger have been very much evident since the beginning of the season.

"It's no more or less, it's as it has been for every game we have played.

"This again, is a chance for us to get our hands on the trophy and is something we are looking forward to."

Celtic have beaten Aberdeen twice this season, 4-1 and 1-0 but Rodgers is expecting a battle at the national stadium.

The former Swansea and Liverpool boss said: "Derek (McInnes) sets his teams up very well. It was two very tough games against them.

"We want to win everything...Celtic is a winning club"

"They have got good players, they will have a full week's preparation to get ready for the game so I anticipate another tough game."

Victory for Celtic would give them the first leg of a domestic treble but it is not something that is concerning Rodgers.

"I hadn't even thought about this game until the final whistle against Barcelona," said the former Swansea and Liverpool boss.

"My thought is always to the next game.

"We want to win everything, we said that at the beginning of the season, Celtic is a winning club.

"It is used to winning and for us it was a case of could we win in the best possible way.

"We always respect all the team we play so in terms of a treble I haven't really thought of that."

Rodgers admits that losing injury doubt Scott Sinclair would be a blow but he insists there are players in the squad who could fill the void.

The 27-year-old former Aston Villa winger was forced off at half-time on Wednesday with a hamstring complaint and the manager will give him until the last minute to recover from his knock, although Leigh Griffiths returns after recovering from a tight hamstring.

He said: "We will give Scott to the very last moment. He obviously took a knock and it was serious enough for him to come off, so we need to wait to the very end on that.

"He would be a big miss. He has come up here and has done what I expected him to do in terms of his quality.

"The key thing for us, and it's probably worth reiterating, is that we have always been about the collective.

"The team is functioning very well and Scott has been a big part of that, and if he doesn't make it then we have really good players who can come in and will be hungry to help the team win the trophy. We will give him every chance and see where he is on Sunday." 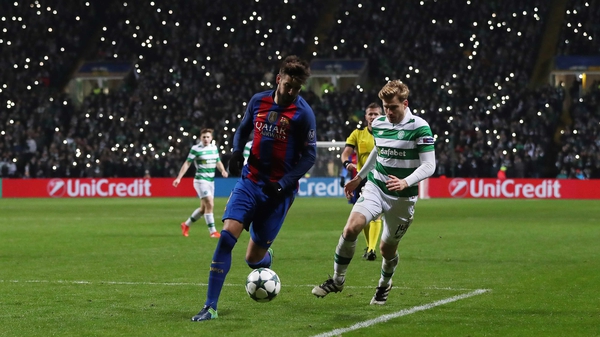