Celtic manager Brendan Rodgers says there is big room for improvement for his side to compete at Champions League level, but feels he is currently getting the most out of his players.

The Glasgow giants are currently 10 points clear of their closest challengers Aberdeen in the Scottish Premier Division, with a game in hand, but the 2-0 defeat to Barcelona means the Bhoys will fail to qualify for the Europa League from Group C.

Rodgers says it has been a steep learning curve for his youthful side, particularly the sobering 7-0 defeat to the Catalans at the Nou Camp, but feels they are progressing as a group.

“We have maximised everything we can out of this group,” he told RTÉ Sport.

“We have had a harsh lesson, but we learned from it and became a better team after the first game.

“Possession is vitally important in our domestic game and in the European, we’re looking to keep improving on.

“We need to find a bit more mobility and speed in the team, especially at this level, but that will come in time.” 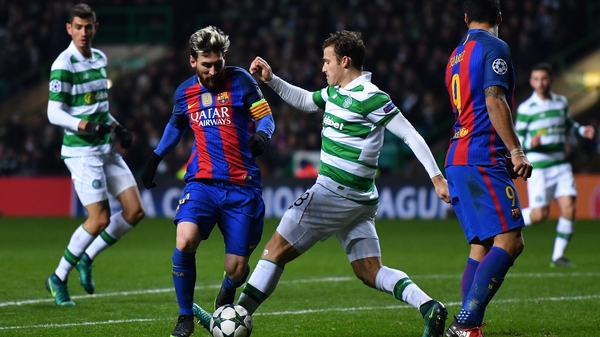