Cristiano Ronaldo described receiving his latest individual award as a "privilege" before saying he would like to spend many more years at Real Madrid.

Two-time Ballon d'Or winner Ronaldo scored a total of 16 goals in last year's Champions League games before firing the winning penalty in the 5-3 shoot-out victory after the final at Milan's San Siro stadium finished 1-1 after extra-time.

Ronaldo, who also went on to win this summer's European Championship with Portugal, told his club's official website www.realmadrid.com: "It's a privilege to win this award.

"It just makes me want to keep working hard for this club. It's my dream to keep playing for Real Madrid and I really want to stay here for many years because the club holds a special place in my heart.

"Thank you to all the readers who voted, and especially to Real Madrid, to my team-mates and the fans, who helped us on our way to winning the Champions League.

"It's a victory for the team because I'd never be lifting this award if I hadn't won anything with Real Madrid. I've won the Champions League and the Euros - it's a beautiful moment in my career and my sporting life." 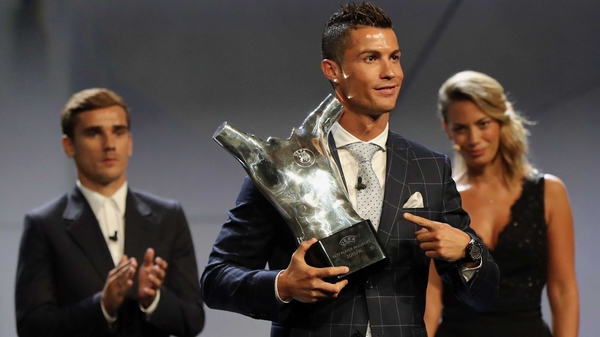