The announcement of the €5,000 grant for each League of Ireland club to go towards strategic planning has escalated into a war of words between the FAI and two of its league clubs.

First off, Derry City rejected the money to be followed by St Patrick's Athletic, who in a statement said that the FAI had "utterly failed in its responsibility to the domestic game".

All of this comes in the wake of Dundalk's superb achievement in reaching the Champions League play-off round - a good news story to emanate from a league that more often than not is looked down on.

And now we have this row.

Speaking on RTÉ's Soccer Republic, the FAI's Director of Competitions Fran Gavin spoke about the need for each League of Ireland club to have a strategic business plan, as highlighted in the Conroy Report into the structures of the league.

When asked how much a strategic plan will cost a club, Gavin replied: "Anything from around €3,000 upwards."

He continued: "We at the moment are talking to companies who specialise in the area of strategic planning. We will be giving clubs by the end of this week notification of several companies that can assist them."

Also forming part of the debate was Brian Kerr and the former St Pat's Athletic and Republic of Ireland manager asked what is the point of a strategic plan?

"Surely the €100,000 (combined FAI funding for the plan) should be put to promote the league, develop the commercial side and develop the profile of the league," he said.

"We don't have any dedicated people involved in running the league.

Kerr, at this point getting more incensed, referenced the poor facilities at many grounds around the country and the despair felt by fans.

"The frustrations levels across the league are remarkable - I'm talking about the facilities, the facilities for female supporters, the pitches, the dressing rooms are desperate," he added.

"All around the country there are ferociously bad facilities and nothing has been done about it for years and years.

"Talking about strategic planning now for five years is a load of bunkum.

"The 100k is a pittance in terms of the money the FAI are getting in.

"Where is the leadership in the FAI in relation to the league?"

"They (FAI) are all a fuss about Dundalk this week. Why wasn't there all this fuss about the league before the season started?" 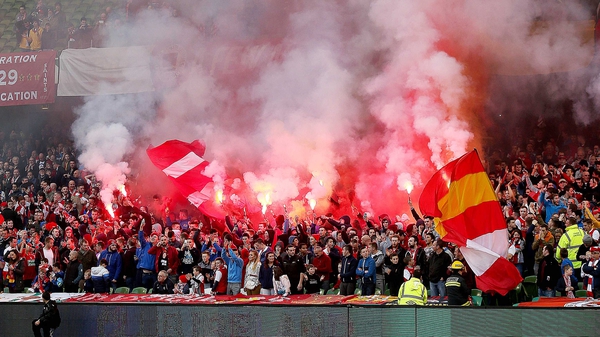 War of words rages on between FAI and St Pat's