The Ghana international scored 12 Premier League goals for the Swans last season, having joined the club in June 2015.

Paris St Germain have signed forward Jese Rodriguez from Real Madrid for a fee believed to be around €25m.

The 23-year-old forward has put pen to paper on a five-year contract with PSG and becomes the French champions' fifth signing of the summer.

The former Spain Under-21 international told www.psg.fr: "I am delighted to join Paris St Germain, who have become one of Europe's most competitive clubs. 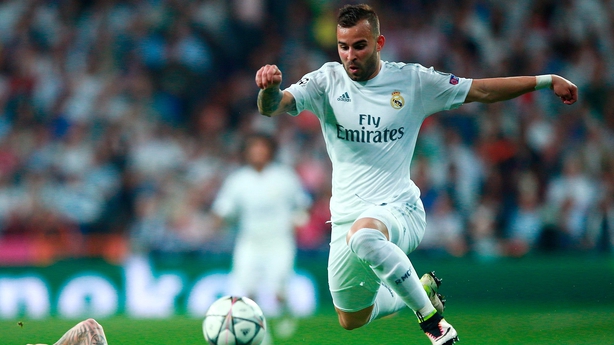 "Like Paris St Germain, I have big ambitions for the coming seasons and it will be a great pleasure to work under the direction of Unai Emery, who has developed an excellent reputation in Spain, and across Europe, for his quality as a coach. I can't wait to begin this next challenge of my career."

Jese joined Madrid at the age of 14 and made 94 appearances for the first team, scoring 18 goals, after being handed his senior debut by Jose Mourinho in 2011.

Madrid said in a statement: "The club want to show their appreciation for the years of dedication and professionalism he's shown since being with the first team and wish him the best of luck in this new stage of his career."

Jese is the latest new face to arrive at PSG this summer as the French giants rebuild following the departures of coach Laurent Blanc and talisman Zlatan Ibrahimovic.

Hatem Ben Arfa, Grzegorz Krychowiak, Thomas Meunier and Giovani Lo Celso had already been brought in to boost the playing squad, while former Sevilla boss Emery has taken over from Blanc in the dugout.

PSG chairman and chief executive Nasser Al-Khelaifi said of Jese's arrival: "I am very happy to welcome Jese to PSG. Over the past seasons, he has confirmed his status as one of Real Madrid's, and Spain's, most promising young footballers.

"His speed and creative qualities will complement our excellent attacking players. With Jese, our squad is now, more than ever, armed to confront the coming challenges and meet the expectations of our fans." 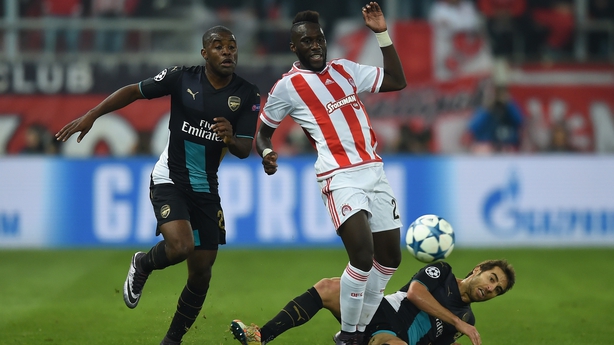 West Ham have added to their defensive ranks ahead of the new Premier League season with the signing of left-back Arthur Masuaku from Olympiacos.

The 22-year-old was announced as the latest new recruit for the Hammers on Monday, with manager Slaven Bilic confirming after Sunday's friendly defeat to Juventus that a deal was close.

Finding a left-back had become a priority for Bilic after losing Aaron Cresswell for up to four months with a knee injury and he has now addressed that issue with the purchase of Masuaku - who has signed a four-year deal with the club.

The former France Under-19 international won two Greek Superleague titles, as well as the Greek Cup, during his two-year stint with Olympiacos, who signed Masuaku after he impressed after breaking into the Valenciennes side as a teenager.

Now he will be plying his trade in the Premier League and admitted he is looking forward to linking up with the likes of compatriot Dimitri Payet at the Hammers.

"It's a big honour for me to be part of this club," he told West Ham's official website.

"I was speaking with my agent about some opportunities, but when he told me about West Ham and also the coach, I didn't think twice, so in my mind, it was West Ham.

"Now, to be able to play with players like Dimitri Payet, I was thinking on the way here, it's going to be crazy! I can't wait to play with him and also all the rest of the team."

Although the club did not disclose the transfer fee when confirming Masuaku's arrival, Jack Sullivan, son of co-chairman David Sullivan, posted on Twitter that they had parted with #6million for the defender.

Masuaku will go into the squad for West Ham's opening Premier League fixture away to Chelsea next Monday but he is ineligible for the Europa League play-off tie with Astra Giurgiu, having already represented Olympiacos in the Champions League qualifying stages.

West Ham are closing in on Swansea's Andre Ayew according to TALKSport.

Romelu Lukaku’s agent will meet with Everton in the coming days to discuss the striker's future, report the Daily Express.

The Guardian report that Liverpool are still waiting for offers for striker Christian Benteke, who is confident he will leave Anfield by the end of August.

Eliaquim Mangala and Wilfried Bony could be about to leave Manchester City after they did not travel with the squad to Sweden, report the Manchester Evening News.

Tottenham will sign Marseille midfielder Georges-Kevin N’Koudou with Clinton Njie heading to the south of France in exchange, according to French newspaper La Provence.