Yohan Cabaye and Fraizer Campbell claimed a late goal apiece as Crystal Palace progressed to the semi-finals of the FA Cup with a deserved 2-0 win at Championship Reading.

Cabaye scored a late penalty to give Palace the lead after a foul on Yannick Bolasie led to Reading's Jake Cooper being sent off, and - with victory already effectively secured - substitute Campbell scored a second to give Alan Pardew's Wembley-bound team further cause for celebration.

Palace's struggles in the Premier League, in which they last won on 19 December, may be ongoing, but they have successfully negotiated a difficult passage to the national stadium and will be serious contenders for the final, regardless of their opposition.

At the club where he began his managerial career, Pardew unsurprisingly recalled fit-again goalkeeper Wayne Hennessey, having played Alex McCarthy in his absence in the 2-1 defeat to Liverpool and watched him make the costly error which led to the Reds' equalising goal.

Jason Puncheon had also returned from injury and was among the substitutes, but even without him Pardew's starting XI featured four potential match-winners in Emmanuel Adebayor, Cabaye, Wilfried Zaha and Bolasie at a time when injury restricted Reading's Matej Vydra to the bench.

It was in the final third, however, that Palace were frustrated throughout much of the first half.

One of the few times a position of promise evolved into one of threat came when captain Mile Jedinak played Adebayor through on goal in the 35th minute, but the striker hesitated to shoot on his left foot and by the time he had shaped up onto his right, Reading goalkeeper Ali Al Habsi had read him and routinely saved his effort. 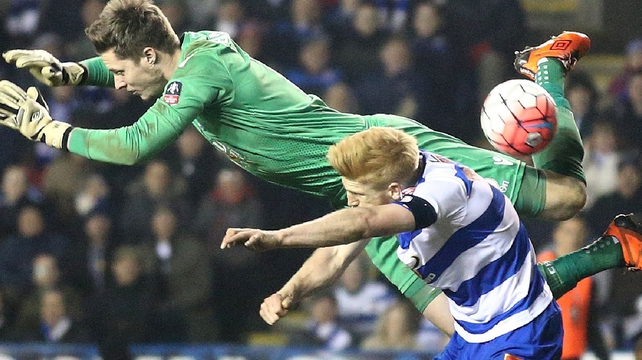 Reading's response was almost immediate. On the right wing Chris Gunter delivered a delightful cross which found Ola John at the back post, from where the winger controlled possession before seeing his shot deflected into the side netting.

Perhaps partly owing to their poor league form, Pardew has been criticised by some Palace fans for not selecting the popular Julian Speroni.

That Hennessey, under little pressure, soon spilled a high ball to John would not have helped, and was only not worsened by him again striking just wide.

Palace did, however, start the second half in the ascendency when after 54 minutes Al Habsi made a reaction save from a powerful header from Jedinak, which was shortly followed by Scott Dann seeing an effort cleared off the line.

Yet, while Palace were applying further pressure, there was always the threat that Reading would counter and score on the break, as they almost did when Stephen Quinn tested Hennessey.

It was just when a replay was looking likely that the chance Palace needed presented itself. They had lost to Liverpool in the sixth minute of second-half stoppage time six days earlier when Christian Benteke was controversially awarded the penalty from which he scored when Pardew believed he had dived.

On this occasion there were few complaints when Bolasie was pulled back in the area by Cooper and the defender was sent off after being awarded his second yellow card.

With a place in the semi-finals at stake, Cabaye calmly sent his penalty down the centre of the goal, which Al Habsi could only get a hand to, sending Palace into the competition's final four.

Campbell's goal came in the fourth minute of stoppage time when, one-on-one with Al Habsi, the goalkeeper could only parry his shot to him to set the striker up for a tap-in from close range. 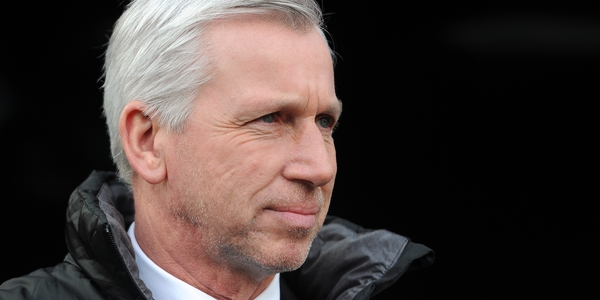