Manchester United forward Juan Mata admits the club are going through "complicated moments" which will only be solved by wins  starting with tonight's potential banana skin at League One side Shrewsbury Town.

"Unfortunately, we are still going through complicated moments," Mata wrote in his blog on kicca.com.

"I know that you don't need to read more posts like this one or more words from me or my team-mates trying to explain every game.

"I know that you need wins and obviously we need them too but I take this weekly encounter with you to tell you that I'm sure things are going to change.

"We have the opportunity to move forward in such a nice competition as the FA Cup, the possibility of a comeback in the Europa League after our bad game in Denmark in the first leg, and there are still some weeks in the Premier League to try to shorten the gap with other teams and fight for the Champions League spots.

"All those things can happen; however, we must get better with regard to the last few games and I'm sure that we will do it.

"We can still finish the season fighting for trophies and qualifying to be in Europe the next year."

David de Gea is likely to miss the cup clash, as he recovers from a knee injury he suffered in the warm-up before the loss in Denmark.

Wayne Rooney is also out, with Van Gaal likely to throw some of his academy prospects into the fray. 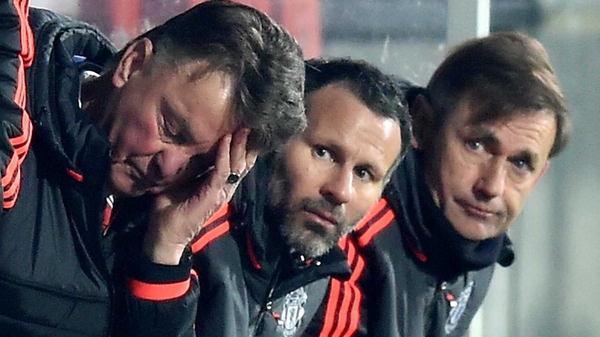