Controversial Italian Massimo Cellino has been disqualified as the owner of English Championship side Leeds United after being found guilty of tax evasion in Italy, the Football League said.

The league disqualified Cellino, who bought the former European Cup finalists and English champions in April 2014, for the second time this year on Monday, the day he sacked a fifth team manager in 18 months.

He dismissed German Uwe Rosler after five months in charge of the second-tier team following Saturday's 2-1 home defeat by Brighton and Hove Albion.

"Mr Cellino was found guilty (in June) by a court in Sardinia of an offence under Italian tax legislation relating to the non-payment of VAT on the importation of a Land Rover vehicle," the league said in a statement on Monday.

"This resulted in a fine of €40,000 and the confiscation of the vehicle in question," it added.

"Having considered detailed legal advice and the court's reasoned judgment, as supplied by Mr Cellino, the board determined that the decision of the Italian court constitutes a disqualifying condition under the Owners' and Directors' test."

Cellino has been given until October 28 to lodge an appeal which will be viewed by an independent tribunal.

The 58-year-old Italian's previous ban ended on April 10 and he had vowed to clear his name.

Leeds, whose lack of a home win since March is the worst run in their history, are seventh from bottom of the Championship with 11 points from as many matches.

Former Rotherham United manager Steve Evans has been appointed in Rosler's place, the club said on its website. 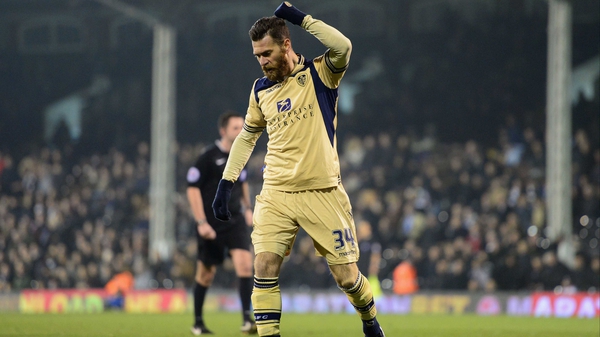 Leaes rocked by withdrawals ahead of Charlton clash