By Kieran O'Brien at Markets Field

Derry City secured their Premier Division status for 2016 with a comfortable 2-0 victory over bottom of the table Limerick FC at a crowded Markets Field.

Second half goals from Mark Timlin and Barry McNamee saw Paul Hegarty’s charges continue their revival under his stewardship and condemn Limerick to their second home defeat in succession.

Knowing that a win would take them off the foot of the table for the first time since April, it was Limerick who came into the game with the weight of expectation in front of 2,647 spectators.

They started very nervously against an attack-minded Derry team who featured Mark Quigley, Patrick McEleney and Barry McNamee amongst their ranks.

Despite their nervy start, it was Limerick who had the first chance of note when Dean Clarke was put through by Sean Russell only to see his near-post shot well saved by Ger Doherty.

The resulting corner was flicked goalward by Paul O’Conor but was cleared by Derry and a quick counter-attack saw the visitors go the length of the field before Stephen Dooley dragged a shot wide.

As the first half progressed, Derry began to control possession and their pressing Robbie Williams and Patrick Kanyuka were called upon on numerous occasions to come to the aid of their Limerick team-mates.

Sensing the three points they needed for safety were there for the taking, the Candystripes started the second half on the front foot and were soon ahead.

Ian Turner conceded a needless free-kick near the corner flag and McNamee’s low cross broke kindly to Mark Timlin, who rifled a rocket past Freddy Hall in the Limerick goal.

The stunned Limerick faithful had more reason to despair on 62 minutes when Barry McNamee played a delightful one-two with Patrick McEleney to split the defence coolly slide the ball past Hall.

Limerick huffed and puffed as they tried to turn the game around but Derry controlled the last half hour of the game and could have got a third when McEleney rattled the cross bar from all of 22 yards on 72 minutes.

The only sour note for Derry was a very serious- looking injury to McEleney, which saw him stretchered from the field after six minutes of treatment on the pitch.

Limerick’s great escape bid continues next Friday but with only two games left they must now be favourites to drop to the First Division while Derry City enjoy the long trip home safe in the knowledge that their top-flight status is secured. 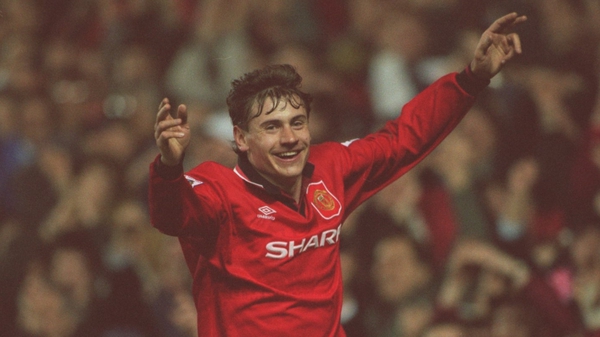