Three more nations claimed places at Euro 2016 on Saturday with Italy, Belgium and Wales all ensuring they will be present in France next summer.

Italy progressed from Group H with a match to spare by beating Azerbaijan 3-1 in Baku. Eder opened the scoring for Antonio Conte's men and although Dmitri Nazarov's equaliser gave Italy a fright, goals from Stephan El Shaarawy and Matteo Darmian made sure of the win.

Badavi Huseynov's dismissal two minutes from time capped a bad night for Azerbaijan but group leaders Italy remain two points ahead of Norway, who made it three wins on the trot with a 2-0 result at home to Malta.

Alexander Tettey and Alexander Soderlund were on the scoresheet for the Scandinavians but their hopes of progression will be carried into the final round of qualifiers as a result of Croatia's 3-0 victory over Bulgaria. 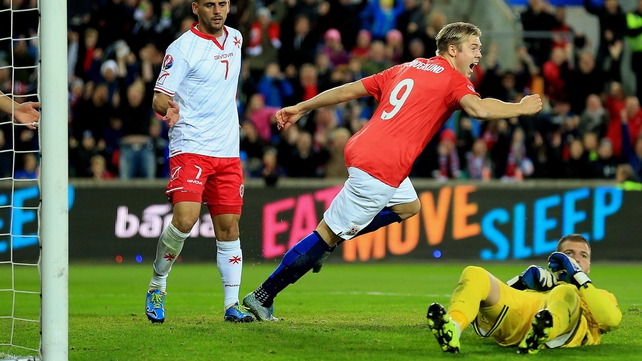 Croatia were playing their first match under coach Ante Cacic, who replaced Niko Kovac last month, and he enjoyed the ideal start to his tenure thanks to goals from Ivan Perisic, Ivan Rakitic and Nikola Kalinic.

A late red card for Duje Cop took some of the shine off the win but Croatia lie third in the group, two points behind Norway and the second automatic qualifying berth. Norway take on Italy on Tuesday while Croatia travel to Malta for matches that will decide the final placings in the group.

Belgium and Wales can already begin making plans for next summer's tournament despite differing fortunes on Saturday.

The Belgians climbed to the top of Group B following a comprehensive 4-1 rout of Andorra.
Radja Nainggolan, Kevin De Bruyne, Eden Hazard (penalty) and Laurent Depoitre found the target for the visitors, with Andorra's only reply coming from an Ildefons Lima spot-kick.

Marc Wilmots' men could even afford a missed penalty from Hazard as they moved two points clear of Wales, who also progressed despite a 2-0 defeat in Bosnia-Herzegovina. 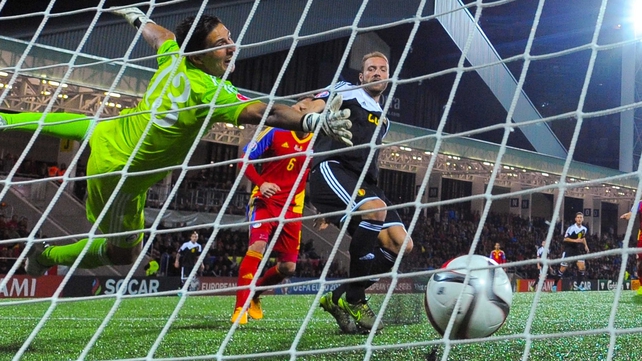 Second-half efforts from Milan Djuric and Vedad Ibisevic earned Bosnia a second successive win but Wales were still able to secure a top-two finish thanks to Israel's 2-1 defeat at home to Cyprus.

Jason Demetriou's late goal snatched the points for Cyprus, who are still in with a chance of making the play-offs.

Dossa Junior had earlier seen his opener for the visitors cancelled out by Nir Bitton. The result means there will be a three-way fight for third spot in the final round of qualifiers, with Israel travelling to Belgium and Cyprus at home to Bosnia.

In Group A, Turkey and Holland face a nail-biting finale in the battle for a play-off spot after both won their respective matches on Saturday.

Holland were 2-1 winners in Kazakhstan, courtesy of goals from Georginio Wijnaldum and Wesley Sneijder. Islambek Kuat's reply came too late for Kazakhstan, who have yet to win in the group. 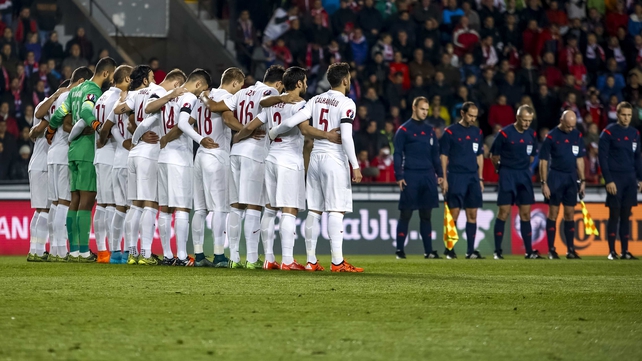 Holland finish their campaign at home to the Czechs on Tuesday while Turkey are at home to Iceland.
Iceland remain at the top of Group A despite being held to a 2-2 draw at home to Latvia.

The island nation appeared to be on course for an easy win following first-half goals from Kolbeinn Sigthorsson and Gylfi Sigurdsson, but Latvia battled back to rescue a draw with Aleksandrs Cauna and Valerijs Sabala on target. 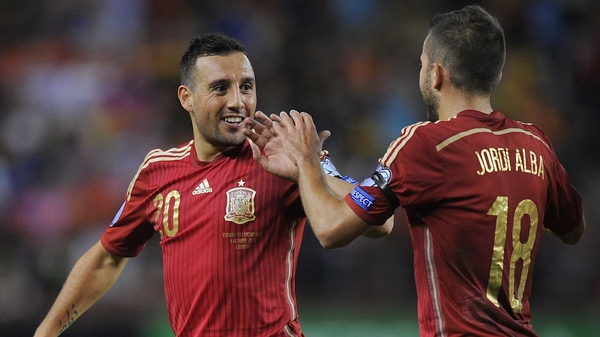