Despite running the game for long spells, Bohemians were sucker-punched in the dying minutes.

Sean Thornton whipped over a corner from the right and Mulvenna arched his header to the far corner of Dean Delany’s net.

Dean Kelly, having scored twice coming off the bench in the rousing 3-1 win over arch-rivals Shamrock Rovers last time out, was the only starting change for Bohemians.

Drogheda, who came into the game unbeaten in their last three league games, made two changes with Thornton and Cathal Brady returning to their midfield.

And it was Brady, playing in the hole behind Lee Duffy, who carved the game’s first opening on six minutes, his left-wing cross headed over the top by Adam Whelan.

Bohemians weren’t too far away with their first threatening attack from an almost identical chance eight minutes later, Karl Moore heading over the bar from Evans' deep left-wing delivery.

Though Bohemians enjoyed much of the possession in a tight, cagey first half, Drogheda defended tenaciously with Alan Byrne and Robert O’Reilly excellent in the heart of their back four.

Drogheda enjoyed a little spell of the ball before the interval with Whelan drawing a comfortable save at his near post from Dean Delany with a back-header from Byrne’s long throw.

As in the first half, Drogheda created the first opening of the second. O’Reilly’s corner was laid off by Carl Walshe for Lee Duffy who curled his shot over the bar.

Though Bohemians soon got hold of the ball to own it for a long bout of pressure, they were struggling to trouble Schlingermann in the Drogheda goal.

That changed on 65 minutes as the game finally opened up.
Evans and Ismahil Akinade got Keith Buckley in on goal but his attempted chip was straight at Schlingermann.

A minute later Akinade blazed over the bar after Schlingermann failed to gather Lorcan Fitzgerald’s cross from the left.

A shout for a Bohemians penalty was denied  four minutes later when Akinade went down under a challenge from O’Reilly but Keith Long’s side maintained the pressure, only to be stung at the death. 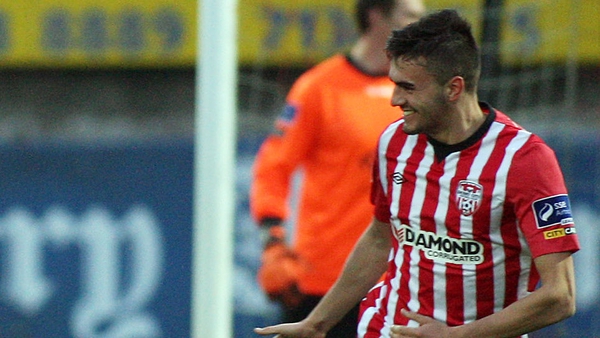