By Kieran O'Brien at Markets Field

After 31 years Limerick FC finally returned to the Markets Field but relegation rivals Drogheda United played party poopers with a 2-1 victory thanks to goals from skipper Michael Daly’s and Lee Duffy.

A nervous Limerick side fell behind on 12 minutes when Sean Thornton whipped in an inviting free kick and an unmarked Daly headed home from the edge of the six-yard box.

Limerick came close to equaliser on 25 minutes when Dean Clarke broke into the area and drilled in a low cross that the inrushing Sean Russell met sweetly, only for Michael Schlingermann in the Drogheda goal to save not once but twice.

Paul O’Conor gave Limerick hope just after half time with a superb header after Shane Tracey got to the by line and whipped in an inviting cross much to the delight of a crowd of 2,308.

With the crowd behind them Limerick sensed a famous and much needed victory might be on the cards but the visitors ensured the atmosphere didn’t last long when they retook the lead within five minutes.

Lee Duffy found himself one-on-one with Robbie Williams and duly turned the experienced Limerick defender before placing his effort in off the upright past the helpless O’Donnell.

There was controversy in injury time when Dean Clarke broke into the box and looked to be felled by Michael Schlingermann, but with the crowd waiting for the whistle referee Paul Tuite waved play on adjudging that the Drogheda keeper got a touch to the ball.

Limerick now have a big challenge of keeping fan interest after a hugely improved attendance, but will need to get that elusive first win in order to keep fans coming through the gates.

They now lie adrift at the bottom of the table and face a daunting trip to Inchicore next week in the search of much-needed points.

Drogheda, meanwhile, leave Markets Field with a hugely important three points and Johnny McDonnell will be looking upwards as opposed to the relegation battle on the back of tonight’s result. 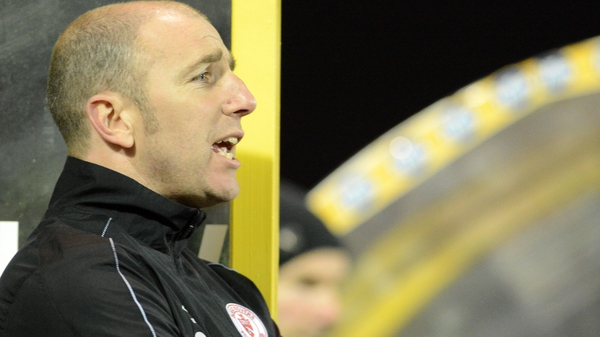 Dinny Corcoran strikes twice as Sligo win at the Showgrounds