Wayne Rooney and Manchester United delivered a bruising knockout performance as Tottenham were blown away at Old Trafford.

Rooney put aside the controversy created by his kitchen sparring session with Phil Bardsley to put in a superb performance in the 3-0 victory.

The England captain, a buzzing nuisance to Spurs all afternoon, scored United's third goal after Marouane Fellaini and Michael Carrick had done the early damage for Louis van Gaal's men, who moved within one point of third-placed Arsenal after this huge morale-boosting victory.

This was by far the best performance of Van Gaal's reign.
Finally, eight months after taking the helm, the Dutchman was able to deliver the kind of performance United's often pessimistic supporters craved - one of pace, flair, width and destruction.
It was like old times at Old Trafford.

But Hodgson will be most pleased with Rooney's display.

The emergence, on Sunday morning, of a video appearing to show the striker being knocked out by Stoke defender Bardsley in a February sparring session may have caused consternation in some quarters.

But the 29-year-old put the incident behind him, scoring his 14th goal of the season before celebrating with a cheeky flurry of punches in the corner.

United's form had recently represented that of a washed-up forty-something slugger.

But now, thanks to this victory, they look every inch up for the scrap for Champions League qualification. 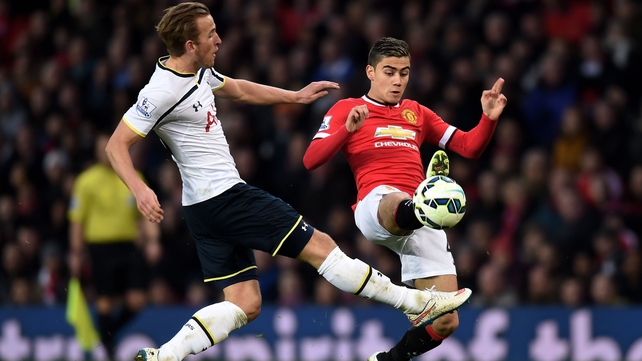 At the beginning there was no sign of the fine performance that was to come from the hosts.

With so much riding on the match, United were nervous and Phil Jones did not help matters when he over-hit a back-pass that David de Gea only just managed to knock around the post.

For the rest of the half, the United goalkeeper had nothing to do. United just pummelled their opponents into submission with wave after wave of attacking football.

Kyle Walker was turned inside out for the first of many times by Young as he burst down the left. The winger played Rooney in, but his pull-back was cleared.

Nine minutes in, United had the lead. Daley Blind, playing at left-back, knocked the ball forward to Carrick, who punched a cutting ball through to the sprinting Fellaini. The big Belgian lifted his head and picked out the far corner with a left-footed drive.

After another 10 minutes' worth of pressure, the hosts doubled their lead. Once again Fellaini was instrumental. The midfielder's header from a corner was cleared by Nacer Chadli but only as far as Carrick, who nodded into the far corner.

The home crowd roared with glee and demanded more. "Attack, attack, attack" they yelled and Van Gaal's team did not disappoint.

Walker was drawn out of position again, allowing Fellaini to pull the ball back to the far post, but Danny Rose dived in just as Mata was about to pull the trigger.

Mata was having a superb game. His touch was exemplary, his vision exceptional and he was also relishing the battle with Spurs' combative left-back.

Downcast Tottenham boss Mauricio Pochettino tried to shore up his midfield by replacing Andros Townsend with Mousa Dembele on the half hour.

The move had little effect though. United were in the mood to give Spurs a pasting and the visitors looked keen to help them at every possible opportunity.

United's third came courtesy of a gift-wrapped horror pass from Nabil Bentaleb. The midfielder squared to Rooney and he would not be stopped. The skipper burst past Bentaleb, and bundled his way past Eric Dier before slotting the ball into the far corner.

Rooney threw two left-right combinations in his celebration and dropped to the turf in a pose suggesting he had been hit by a prize heavyweight, before being mobbed by his team-mates.

Bentaleb went some way towards atoning for his error when he blocked Blind's goal-bound shot after the break.

Spurs, to their credit, did not crumble after the restart, but they offered little up front. Ryan Mason cut inside and dragged a shot wide of the post, but otherwise United's defence had little to do for the rest of the afternoon.

Rooney, full of confidence, pinged an audacious 40-yard pass to Fellaini with the outside of his boot, but the Belgian could not finish.

Fellaini came off to a standing ovation towards the death and Radamel Falcao was given a chance to impress. Andreas Pereira also came on for his Premier League debut.

Harry Kane registered Tottenham's only shot on target in the final minute, but De Gea saved. Nothing, it seemed, would spoil United's party, which was followed by a standing ovation from the home fans at the final whistle. 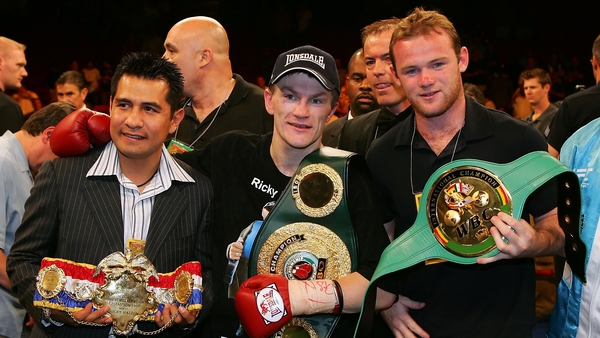