Cristiano Ronaldo's agent has defended the Real Madrid forward after he was criticised for partying following Saturday's heavy defeat at Atletico Madrid.

The Ballon d'Or winner, who was voted the worst Real player in Saturday's 4-0 thrashing in a poll conducted by Spanish sports newspaper Marca, celebrated his 30th birthday in Madrid not long after the game.

A video showing Ronaldo enjoying his birthday celebrations appeared in the Spanish media, but his agent, Jorge Mendes, insisted the player was far from in the party spirit.

"He [Ronaldo] was very angry," Mendes told Spanish radio station Cadena Ser. "Any player that loses a game and more so, Ronaldo, who is a great professional, who continues to be the best professional in the world, would be angry.

"The fact is that his birthday party had been organised more than a month ago and he had family coming from abroad.

"He didn't want to cancel out of respect for the people that came.

"What is inadmissible is that somebody takes advantage of a private affair to release a video.

"Ronaldo was devastated after the defeat and people spent two hours trying to cheer him up."

Ronaldo was last month crowned World Player of the Year for the third time in his career, and the Portugal international has enjoyed an impressive campaign so far.

"It's very difficult to be Cristiano, honestly," Mendes said. "In life, there are good times and times when things don't go as well.

"The problem is that Cristiano has accustomed people badly because 99% of the times he does extremely well.

"He decides games, he does everything.

"But when he goes through a spell when things don't go as well, people should stand behind him because we are talking about the best player in the world.

"He is a human being. I'm very calm because he is the best professional.

"Cristiano throughout these years has been an example to everyone and will continue to be. Cristiano will solve the situation as he always does."

Real, who are one point clear of Barcelona at the top of the table, host Deportivo La Coruna on Saturday. 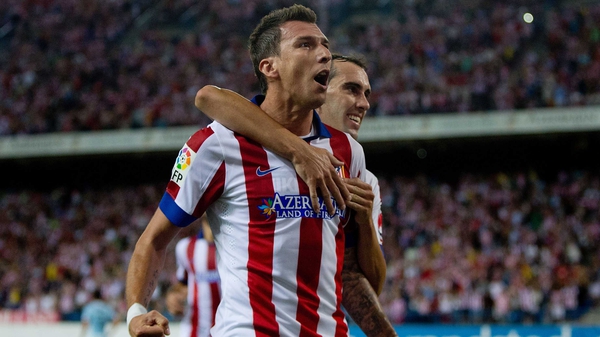