Eamon Dunphy says Martin O'Neill and the FAI have to stop Roy Keane from giving interviews to end the "circus" of media attention around the Ireland assistant manager.

Keane had an angry exchange with reporters on Sunday before yesterday criticising Everton over their attitude to players reporting for Ireland duty and suggesting Jack Grealish's father was behind the U-21 international's delay in deciding his senior international future.

O'Neill then defended his assistant, saying he was "delighted to have him".

"The Keane situation now is out of control," Dunphy told RTÉ Sport. "It's gotta stop, the Roy Keane stuff.

"(They were) very serious remarks he made about Jack Grealish. There's a young player we're trying to get, he's at Aston Villa and Keane had a go at his father.

"Bill Kenwright, the Everton chairman, is on television tonight talking about Keane's madness, he had a go at Everton.

"This is the Roy Keane show now, it's a circus. If Martin O'Neill doesn't get a grip on it, it's going to get worse.

"This is the Roy Keane show now, it's a circus. If Martin O'Neill doesn't get a grip on it, it's going to get worse."

"There is this press conference yesterday [Sunday], which I'm told lasted a long time, in which he's attacking journalists going about their job, altercation in the hotel last week, book launches, controversial statements.

"If that goes on then the Irish soccer team is going to become a circus and a joke and it's going to damage our results."

Dunphy suggested that Keane's straight-talking style was not suited to the niceties of modern football management.

"Martinez, at Wigan, had a bit of form with McCarthy, releasing him or not releasing him. Obviously club managers look after their club.

"But diplomacy is the way you deal with that and it's also the way you persuade Jack Grealish to play for Ireland. Having a go at his father is not.

"Roy Keane would not have been given the job of Irish team manager on his merits and now he is effectively speaking for the FAI. And the things he is saying, are not things Martin O'Neill or the FAI should be saying."

Dunphy believes that the continuing focus on Keane is detrimental to both the Ireland team's performances and the potential to attract new recruits to the international side.

"I saw Gordon Strachan making fun of Martin O'Neill and Roy Keane in his press conference last week, talking about his own assistant Mark McGhee and saying sarcastically 'we fight every night about Scrabble'," said the RTÉ analyst.

"But it was before the match, and it feeds into a mood that would have been in the Scottish camp, where they have no respect. The one thing you want your opponents to do is respect you.

"And the one thing you want the players in your own camp to do is respect you. Obviously, players are not going to criticise Roy Keane if they're asked, in public, but you don't want this comedian, if you like, going around representing Irish soccer and the international team.

"If it isn't stopped, it's going to do even more damage than may have been done already.

"There's a lot of players out there we'd like to sign [up]. We have to have a reputation as an international soccer team for professionalism, discipline and behaving properly, which means keeping your mouth shut on occasion - which is not something Roy Keane is able to do.

"I would question why he's out with the media, attacking journalists, having provided the fodder in the first place for the questions they were asking. This has to stop, and it has to stop now." 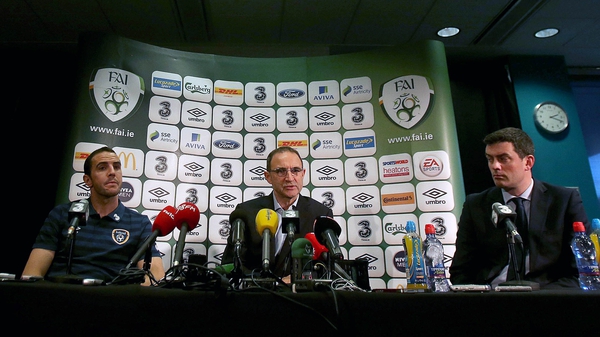