Galway FC manager Tommy Dunne has warned his players not to get complacent despite their SSE Airtricity League promotion/relegation play-off first leg victory over UCD on Monday night.

The Tribesmen, in their first year of competition, following the merger of Galway United Supporters Trust, Salthill Devon and Mervue, are one match away from a place in the Premier Division, after beating Shelbourne over two legs and coming from behind to edge the Students 2-1 last night.

“It was a great result,” Dunne told RTÉ Sport.

“To be truthful, I thought we could have been one or two more up.

“I’m a little bit disappointed with that because there were chances there to drive it home and give us a good lead going at home, but 2-1, coming to Belfield, we have to be happy enough with that.

“In saying that, there’s only half a job [done], and these boys will be refocused and ready for Friday.

“UCD will fight to the end. They’ll be at it from start to finish so we’ve got to make sure we’re after the game on Friday.

“We’ve got to be professional in every way, which we have, it’s a case of knowing that if you’re not right, you’re going to be in for a big match. We need to try and get over the line.”

The club will return to a Galway United entity next season. 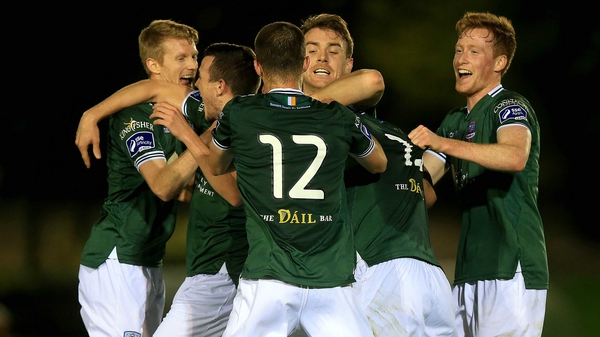